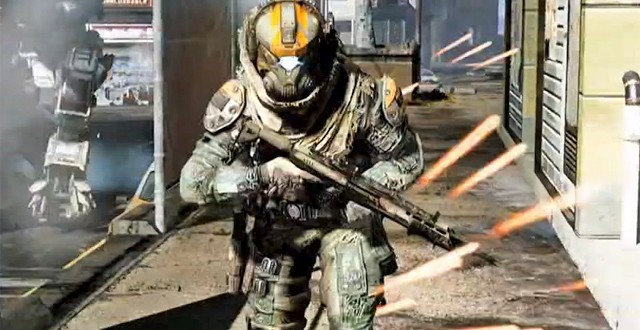 Respawn Entertainment have managed to create one of the best games of 2014, a game that was a must play for pretty much everyone back in March. The game in question is of course the mech themed multiplayer FPS Titanfall. Publisher EA bragged quite a bit with this title on several occasions, but has yet to actually reveal any specific sales figures. Yesterday however, community manager Abbie Heppe spilled the beans during a video in which she discusses about all the gameplay updates and features added since launch. At one point during the video, Heppe says that “We’re constantly working to improve the game for everyone, and to give all seven million unique users new ways to play Titanfall.”

So, did EA sell 7 million copies of the game until now? Well, not exactly according to Producer Drew McCoy who explained on NeoGAF that 7 million unique users doesn’t mean 7 million copies sold. “Titanfall has sold well above expectations, both from to us at Respawn and at EA,” McCoy said. “I actually don’t know if there’s been a better new IP release at EA in terms of sales… ever? This does not mean 7m sold. This means 7m people have played the game. Yes, this means Destiny and probably Watch Dogs have had more more sales and players. This is not at all surprising, or worthy of shame. Everyone is so supremely proud of the game. More successful than we could have imagined. I could also point out that EA has been on a huge upswing in the market, often attributed partially to how well Titanfall has done.”

Titanfall has been on the Origin Game Time program for some time now and will remain there for an unlimited time. Game Time allows anyone with an Origin account to play the game for free for up to 48 hours no strings attached. If Respawn and EA take into account the people who have played the game via this program, then the number of paying users is likely well below 7 million. In any case, no one can really argue with the fact that Titanfall is a very successful game that sold a lot of copies even if we don’t know the exact figures.

I’m Load The Game’s co-founder and community manager, and whenever I’m not answering questions on social media platforms, I spend my time digging up the latest news and rumors and writing them up. That’s not to say I’m all work and no fun, not at all. If my spare time allows it, I like to engage in some good old fashioned online carnage. If it’s an MMO with swords and lots of PvP, I’m most likely in it. Oh, and if you’re looking to pick a fight in Tekken or Mortal Kombat, I’ll be more than happy to assist! Connect with me by email markjudge (@) loadthegame.com only
@@MarkJudgeLTG
Previous Apple Removes ‘Free’ From Free To Play
Next Geometry Wars 3 Gets New Pre-Order Bonuses