Breaking News
Home » Tech » What will the Samsung Galaxy S6 bring in terms of price, specs and display? 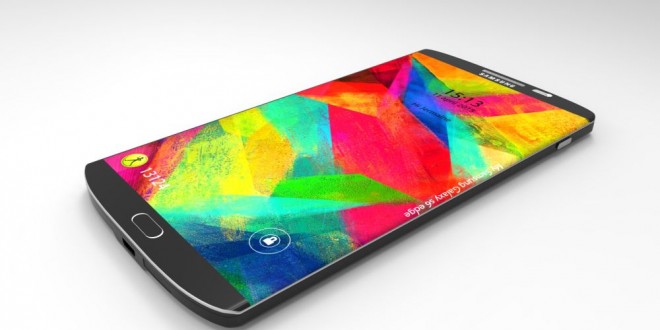 What will the Samsung Galaxy S6 bring in terms of price, specs and display?

Samsung’s release of the Galaxy S5 was both a hit and a miss. As always, aggressive marketing and a long legacy of S phones ensured that the S5 would sell well, however, the numbers aren’t as impressive as the Korean tech giant would have hoped. The Samsung Galaxy S5 was outshined by more than one phone (the LG G3 comes to mind), despite being a good product. Sadly, it was more of the same, more or less, and as it turns out, consumers are itching for something new. You can release the same design for just so many times before it becomes dull and boring, and adding a slightly better processor or a few new features might not be enough to force nearly $1,000 out of consumer’s pockets.

However, there’s no denying that the Galaxy S line is far from being obsolete, and we’re expecting Samsung to release its Galaxy S6 early next year. As usually the case, the Samsung Galaxy S5 will most likely be introduced sometime in March, with a release date of April being the most reasonable bet. MWC will be taking place during the 2nd and 5th of March, and this is the event in which Samsung likes to reveal its new S models. Unless 2015 is an exception, we’ll be seeing the same disclosures in March, following with the release of the Galaxy S6 in April (the S4 and the S5 both launched in April). We don’t expect major changes in the upcoming phone’s pricing, as the S will always remain a high-end product, so expect to see the S6 hover around the $1,000 mark, while the S5 will gradually become more affordable. Samsung’s most promising smartphone lines are still the S series and the Note series, and there’s serious indication that the company will focus more on these models, and less on mid or entry-level models, due to dwindling profits and market shares in the mobile segment. AndroidCentral recently reported that the South Korean company is aiming to reduce its smartphone line-up by 25 to 30% next year, and will be focusing on its high-end models for the most part in 2015.

So where does this leave the Samsung Galaxy S6? Well, first and foremost, we’re noticing a shift in Samsung’s design patterns, with an emphasis towards turning its future phones into full aluminum chassis ones. The recently launched Samsung Galaxy Alpha is a fairly good indication for this direction, one that the major smartphone maker will likely stick to and build upon. There are already rumors formulating around the fact that Samsung’s next flagship phone will be built entirely on a metallic design, and will significantly change the way Samsung phones look. Is this a good thing? Definitely! As said before, I firmly believe that one of the main reasons behind the decrease in Samsung’s sales is the reuse of the same design, a design we’ve grown bored of over the years. Is this a subjective view? It certainly is, and I won’t be afraid to admit I really want to see something bold and refreshing from Samsung (instead of the same boring plastic casing over and over again). I’m also convinced I’m not the only one in this regard.

A metallic frame won’t be enough to persuade buyers though. The Samsung Galaxy S6 will also bring significant improvements to the phone’s display, and this is a given. The only question remaining now is whether the company will stick to a QHD display (like the one used in the Note 4) or jump straight to a 4K display, something Samsung has admitted to have planned for 2015. The South Korean version of the Galaxy S5 (LTE-A) is already sporting a QHD display, showing that the company is prepared to bring these upgrades to smaller screens too, not just its phablets. It’s doubtful we’ll see a 4K, 3840 x 2160 display by spring though, but seeing that in a future Note 5 is not a far-fetched thought. Last but not least, there’s a good chance we’ll be seeing a curved display in the Samsung Galaxy S6. This is no longer science-fiction and speculation, as the company has recently released its Galaxy Note Edge, which comes with a curved, QHD, 5.7 inch display. If anything, the phablet is a sign of experimentation, and is a good indication for what we can expect from Samsung in 2015.

Lastly, we have to touch up on the hardware side of things. We haven’t seen anything spectacular in the S5 this year, but official sources indicate that the new Snapdragon 808 and 810 processors will be emerging in the first half of 2015 (about time too). The first is a 6 core processor, while the latter is an 8 core one, both running on 64 bit architectures. The major difference between the new Snapdragons is that the 808 will be primarily used in QHD display devices, while the 810 will power up 4K display devices. The standard amount of RAM for flagships will also go up to 4 GB during 2015, and the Galaxy S6 will most likely benefit from an Adreno 420 or 430 GPU, both of which are more than capable of running any games currently available on the Play Store. In terms of OS, Android Lollipop will surely be included right out of the box, most likely in a more refined version by then.

Little else is known about the Samsung Galaxy S6 at this time, and speculating about features is fairly pointless. 2014 was the year of health apps and heart sensors, so it’s doubtful the emphasis will be the same on next year’s flagships. My major concern lies in battery life, something that often eludes the focus of phone manufacturers. The above mentioned and recently released Galaxy Note Edge severely suffers from poor battery life, and I’m worried that with increased hardware capabilities, combined with better displays, this problem will re-emerge in next year’s Galaxy S6 and even more so, Note 5. I sincerely hope Samsung proves me wrong though.

Old-school gamer with a cheeky tongue that gets me in trouble. When I'm not playing games, I'm writing about them, preferably in the vicinity of a fridge! Oh, and if you're a Justin Bieber fan, I'm afraid we can't be friends!
Previous HTC One E8 vs iPhone 6 plus – price, specs and features compared
Next Samsung Galaxy Note 3 to get Android Lollipop