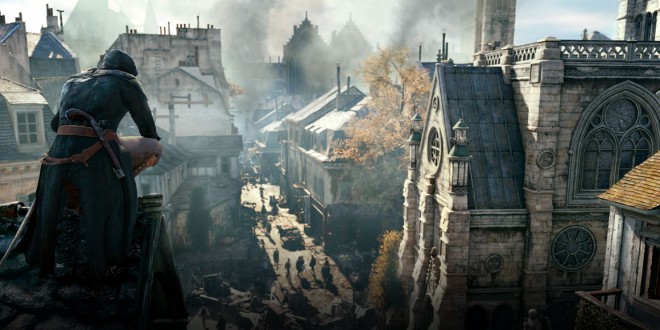 A new addition to the multitude of performance issues in AC: Unity is “just what the doctor ordered” for Ubisoft right now. Many players have reported in-game crashes occurring upon pressing the Continue button. Apparently, this issue is affecting all platforms. The good news is Ubisoft has provided a temporary workaround for those AC: Unity players who are experiencing this serious issue. As we’ve heard it so many times in the last couple of weeks, “the team is working hard on a fix for those players that have been affected by this,” said Ubisoft. Although not all players are experiencing this crash, the developer advised that the following steps need to be taken in order to prevent it: do not add any in-game Recent Player as a game contact; if you already have game contacts, you will need to remove them.

Ubisoft have urged AC: Unity players that continue to be affected by in-game crashes after performing these recommended actions to file a support ticket for further assistance. Meanwhile, AC: Unity carries on without a specific patch for its ongoing performance issues. Some performance aspects of the game have been stabilized, but low and inconsistent frame rates continue to persist in the crowded French Capital. As Ubisoft has recently said that high NPC count is not the cause of Unity’s frame rate issues, but rather the instruction queue becoming overloaded, a new patch is expected to put these problems to bed once and for all. AC: Unity is certainly on the right track, as Ubi has been relying a great deal on player feedback while developing their patches. Patch 3 does not have an official ETA right now, but should be coming very soon. “We don’t currently have an ETA, as soon as we do, it will be posted here and on the forums,” a live blog moderator posted.

I'm Razvan, a sports and first-person shooter enthusiast. I've always loved writing, even more so when it involves games. When I'm not playing on my PS3 or writing, I like to run exhausting cardio workouts, play soccer, watch a good movie, or read a good book.
Previous Valve issues new Steam Early Access rules and guidelines for developers
Next Tera – Fate of Arun Release Date Announced