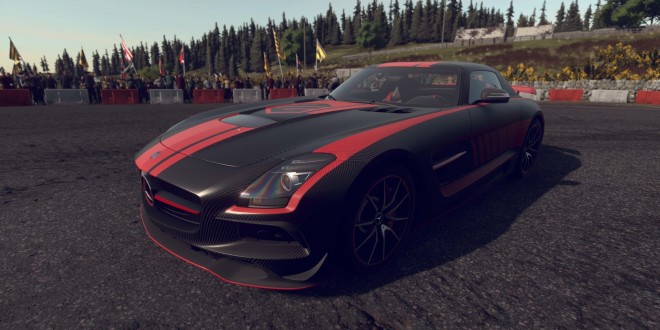 Evolution Studios have recently announced a premium DLC pack for their social racer, DriveClub which will be awarded for free to all the players who have purchased the game as compensation for the server issues that have been seriously affecting online play since launch. The Ignition expansion pack will include 5 new cars, 11 new tour events and 5 new trophies. Evolution previously stated  the following on their official Facebook page: “We know you have all been extremely patient and understandably frustrated during DriveClub’s launch, and to show our appreciation for the support during this challenging time, we will be offering the premium DLC packs for November free to those who purchased the full game.”

Evo also announced that the DriveClub Season Pass will include four extra packs that will be available in July 2015, in order to make sure that players who have purchased the pass will be getting the additional content that was originally promised, on top of a few surprises to come along the way. This means that the DriveClub Season Pass will include 38 cars, 176 tour events, and 80 custom liveries. In the meantime, the never ending server issues are still causing headaches to both developers and players, as online performance remains a problem.

“Work continues on the server improvements as our priority, and everyone on the team who is able to work on this (or help) is focused exclusively on fixing the server issues. The other members of the team are working on game updates to make DRIVECLUB better for you and new packs to add more cars, tours and trophies to the game. We’re also working on new features like dynamic weather and replays as well as many other improvements to the game based on your feedback. We’ll give you an update on all of this soon,” a recent Facebook post reads.

The DriveClub Ignition expansion pack will be available for free download next week from the PlayStation Store.

I'm Razvan, a sports and first-person shooter enthusiast. I've always loved writing, even more so when it involves games. When I'm not playing on my PS3 or writing, I like to run exhausting cardio workouts, play soccer, watch a good movie, or read a good book.
Previous GTA V Bug Allows Players to Gain Millions
Next GTA V Bug – Easy Money Online