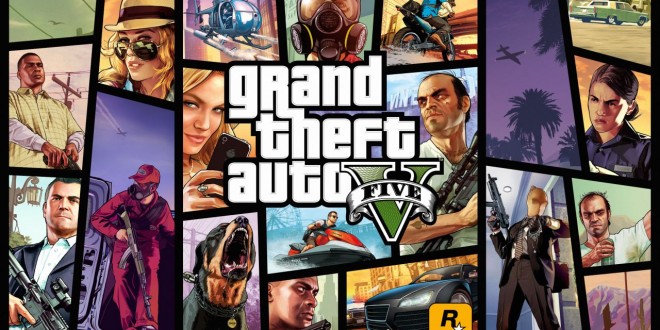 GTA V is back with it’s latest installment being placed on Next-Gen consoles, you can read our review here. Well, to no ones surprise there are a few bugs, this bug allows you to exploit GTA V’s stock market system via Lifeinvader. The exploit is to invest as much money as you can into Lifeinvader stock as possible. After doing this you switch characters or save/reload the game.

Once you’ve completed the steps, pull out your in-game phone and log back into the stock market, where you will proceed to sell off all of your Lifeinvader shares and receive a nice little profit. Even if the shares state otherwise, you will gain a profit. In the video below the player does the exact same thing on his character Franklin, he also punches an older lady in a blue shirt before switching to Michael and selling it off for a large profit. I am fairly certain that punching the lady did not help, but feel free to now attack the elderly in your game for profit.

GTA V just recently re-released on next-gen consoles and while it looks and plays beautifully it is certain to have glitches and bugs. I have not yet ran in to many on my game, but they do exist. It also worthy to note that this exploit is currently only tested and confirmed for the PS4. If you feel bad about exploiting through a bug, you can feel free to exploit the game and gain millions via the assassination missions, where you invest into opposing company after completing the mission. Some may consider this to be an exploit and while they may be correct, making millions ain’t easy! You gotta cheat to get that paper! Anyway, the exploit is currently untested on the Xbox One version, so approach with caution. Rockstar will surely fix this glitch soon here, so if you have no problem with exploiting in GTA V, go ahead and get it while it’s good!

Christopher is a Contributor at Load The Game and a Community Manager for Project Extract. If he isn't writing about games or playing games, then he's more than likely thinking about, you guessed it, games. Christopher prefers RPGs over all, but isn't opposed to jumping in to just about anything.
@Reaperchris13
Previous Frontier will offer refunds after dropping the offline single player mode in Elite: Dangerous
Next DriveClub Ignition expansion pack gets launch trailer