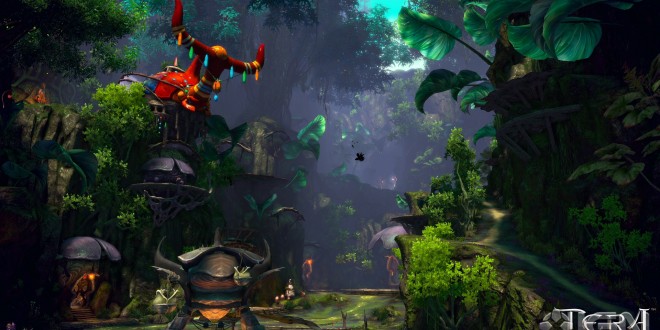 Gamers excited for the new Tera: Rising expansion may be rather surprised to not only hear that they have released a launch date for Tera: Fate of Arun, but they may also be pleasantly surprised at the actual date of the expansion. En Masse Entertainment, the publishers of Tera, have announced today that Tera: Fate of Arun will be releasing on December 16th, 2014. Yes, you read that correctly!

Not only will Tera: Fate of Arun, be released this year, but it is coming in less than a month. For those of you unaware, Tera: Fate of Arun is the first expansion for Tera, it will raise the level cap to level 65. It also allows players to explore a new continent and adds several other features to the game. Such features include a new coliseum event, where PvP and PvE are said to collide, where Tera pits you against enemy mobs and BAMs as you race against another team. The expansion, which is free, also offers to improve on core experiences of the game as well and offers some interesting new features that make the game surprisingly easy. En Masse Entertainment has also announced a new feature that allows you to turn in your quests from any location.

“The expansion also brings multiple game improvements. Players will enjoy simplified enchanting, the ability to fuse unused crystals into powerful new ones, and a new quest UI that streamlines 60-65 leveling allowing players to teleport right to the action, find groups, or turn in quests from any location.

For a limited time, veteran and new TERA players alike can log in to the game to get the Northern Initiative Pack for FREE. This limited time bonus includes rare potions, stamina restoring campfires, character buffing charms, and Fate, the exclusive HP-restoring white tiger mount. This offer expires when Fate of Arun launches—so log in today to take advantage of this “free-order” pack!” – as per En Masse Entertainment.

Christopher is a Contributor at Load The Game and a Community Manager for Project Extract. If he isn't writing about games or playing games, then he's more than likely thinking about, you guessed it, games. Christopher prefers RPGs over all, but isn't opposed to jumping in to just about anything.
@Reaperchris13
Previous AC: Unity ‘Continue’ button crashes get a temporary workaround
Next Frontier will offer refunds after dropping the offline single player mode in Elite: Dangerous