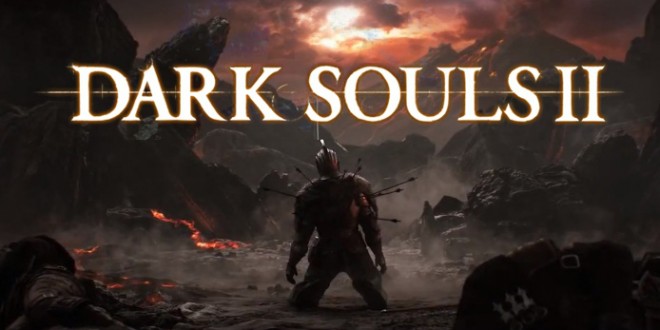 Dark Souls II: Scholar of the First Sin, is coming to Playstation 4, Xbox One, PC, Playstation 3 and Xbox 360 on April 7 next year. This version of the game will feature all three DLC packs for the game including some notable improvements including more enemies and different placements for them. Of course there is some graphical upgrades along with more people allowed in multiplayer.

Dark Souls II comes from developer From Software and released earlier this year to strong critical acclaim (even earning a game of the year nomination at The Game Awards). It was a sequel to the original Dark Souls which was a spiritual successor of the Playstation 3 exclusive Demon Souls. All three games are known for their challenging gameplay and deep interesting worlds to explore. The Souls games have picked up a strong cult following which  has led them to be among the most notable games of their kind. In the modern age games are more about the experience of playing where the Souls games went back to actually being good at the game, learning enemies movements and the world they were in, they quickly became known for being notoriously unforgiving though they were never about that. However Dark Souls II might have got the wrong idea, with its tagline “prepare to die.”

Dark Souls II has however received some negative comments about the graphics and the overall presentation of its world. Feeling lesser than its predecessor. the Director of the previous games in the series, Hidetaka Miyazaki was not involved with Dark Souls II, instead he was working on Bloodborne, a PlayStation 4 exclusive set for a release of February 5 next year. Dark Souls II along with its marketing was more about the challenge and difficulty since that was what the series was known for. Hopefully this newer version will improve some of the faults players had with it.

Previous Riot teases the next League of Legends champion in new video
Next Sony are disappointed by their mobile sales, will release fewer smartphone models from now on