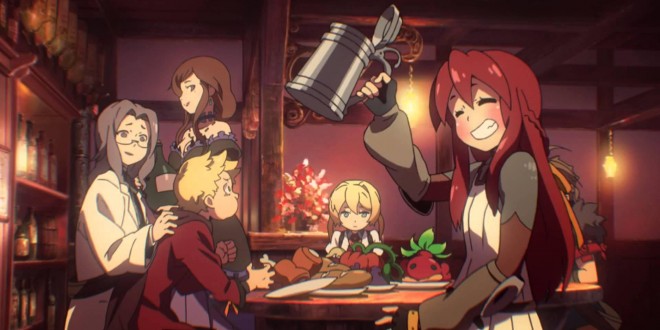 A remake of Etrian Odyssey II: Heroes of Lagaard is on the way as well. Entitled Etrian Odyssey Untold II: The Knight of Fafnir, the title follows in the same vein as The Millennium Girl. Already slated for a Japan release, there has been no word on if and when the title will make its way overseas. Like Millennium Girl, The Knight of Fafnir will include many new features, cut scenes, and an orchestrated soundtrack.

There is no word on what system or systems Etrian Odyssey 5 will release on. It can be assumed that the game will be a handheld title like the rest of the series has been. There is no official release date at the moment, and no word on whether or not the title will be released outside of Japan. As every Etrian Odyssey title has made its way West, it can only be assumed that the fifth entry will also make its way here eventually.

I’m Load The Game’s co-founder and community manager, and whenever I’m not answering questions on social media platforms, I spend my time digging up the latest news and rumors and writing them up. That’s not to say I’m all work and no fun, not at all. If my spare time allows it, I like to engage in some good old fashioned online carnage. If it’s an MMO with swords and lots of PvP, I’m most likely in it. Oh, and if you’re looking to pick a fight in Tekken or Mortal Kombat, I’ll be more than happy to assist! Connect with me by email markjudge (@) loadthegame.com only
@@MarkJudgeLTG
Previous New Gameplay for Batman – Arkham Knight is Incredible
Next Etrian Odyssey and the Mystery Dungeon Announced for 3DS