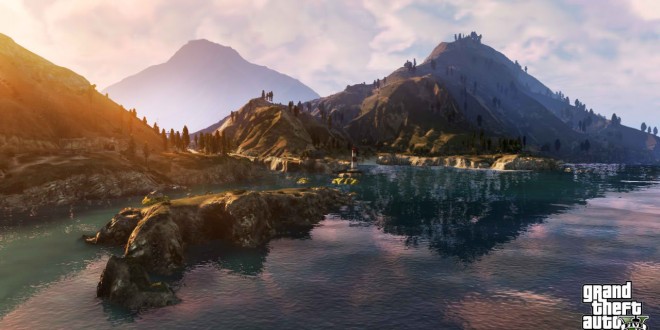 GTA V has been coming up a lot in recent news. Cheats, glitches, reviews, and secrets have been brought up on a daily basis. Here’s something a bit different though, a fan has made a wildlife documentary inside of GTA V using its gameplay capture on the new consoles. While GTA V does have some magnificent views and great wildlife, it’s somewhat surprising to see fans make something like this.

GTA V is generally violent, action packed, and exciting. While this wildlife is pretty much the opposite, GTA V’s Wildlife documentary isn’t bad by any means, it’s just… different for the GTA series. It’s a well made, interesting film that lasts for over 13 minutes, if you are accustomed to GTA’s usual action paced type of gameplay, you will probably be bored as there isn’t too much exciting going on in the documentary.

The GTA V Wildlife Documentary is interesting to say the least. While it doesn’t show us a ton of killing on GTA V, it does manage to show some of the beauty in GTA V’s environment. It definitely won’t be something to watch for every GTA fan, but if you enjoy wildlife documentaries, then you might have just found an interesting video to watch, even if it’s all fake. Many players are using the game share feature on their consoles to show off high speed chases, death defying moments, killing sprees, drug induced hallucinations, and whatnot.

It’s somewhat refreshing to see a GTA player taking a different path, even if he didn’t take it seriously. GTA V is packed with action, blood, murder, and explosions, but it’s also a rather beautiful game with many things for players to discover. While many GTA V players won’t take the time to do things like this, they really should. There’s more to the game than the violence and these things were worked on by Rockstar just as much, its beautiful scenery and interesting  atmosphere needs to be explored by more players.

Christopher is a Contributor at Load The Game and a Community Manager for Project Extract. If he isn't writing about games or playing games, then he's more than likely thinking about, you guessed it, games. Christopher prefers RPGs over all, but isn't opposed to jumping in to just about anything.
@Reaperchris13
Previous Grand Theft Auto V – The Chiliad Mystery
Next Hyperdimension Neptunia Re;Birth 2 – Sisters Generation Coming Early Next Year