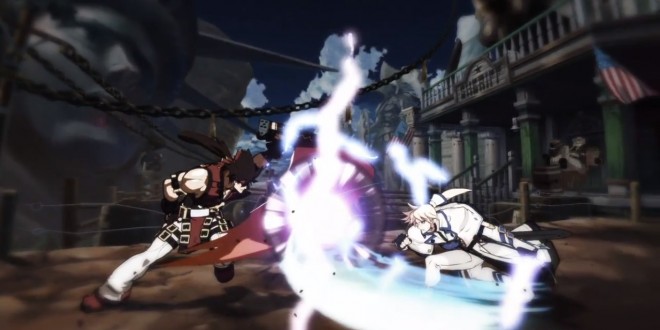 Guilty Gear Xrd -SIGN- has a demo for those that own a PlayStation 4 and are PS Plus members. Announced on the PlayStation Blog, Aksys Games is giving gamers an opportunity to try out the stylish fighter a few weeks before the game releases. In the demo, players will be able take control of two fighters: Sol Badguy and Ky Kyske.

The Guilty Gear Xrd -SIGN- demo includes the arcade story lines for Sol Badguy and Ky Kyske. Sol Badguy is the hero of the game, while Ky Kyske is his complete opposite. Also available in the Guilty Gear Xrd -SIGN- demo is an extensive training mode. This mode allows players to train in the basics, and work your way up to advanced techniques and combos. Those that use the training mode can be ready for the game’s Network Mode, and the other modes that the game will offer. This gives players a chance to try out the fighting system before the game releases.

Guilty Gear Xrd -SIGN- is the fifth game in the Guilty Gear series. The game continues the frantic action of the past titles, though the game will feature cel shaded graphics instead of the original hand drawn sprites. The game’s story is set in 2187, one year after the game’s predecessor, Guilty Gear 2: Overture. The game will feature a smaller cast than that of other fighting games, with a roster coming in at 17 fighters in the console version, including DLC fighters.

I’m Load The Game’s co-founder and community manager, and whenever I’m not answering questions on social media platforms, I spend my time digging up the latest news and rumors and writing them up. That’s not to say I’m all work and no fun, not at all. If my spare time allows it, I like to engage in some good old fashioned online carnage. If it’s an MMO with swords and lots of PvP, I’m most likely in it. Oh, and if you’re looking to pick a fight in Tekken or Mortal Kombat, I’ll be more than happy to assist! Connect with me by email markjudge (@) loadthegame.com only
@@MarkJudgeLTG
Previous Jump Festa Reveals Square Enix’s 2015 Lineup
Next Limbo will be free on Xbox One