Breaking News
Home » Tech » OnePlus One launches in India next week and will be exclusive to Amazon.in 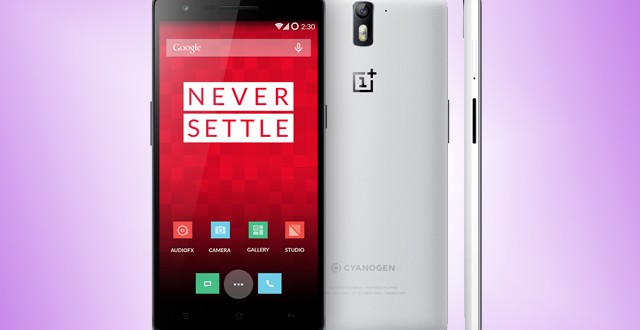 OnePlus One launches in India next week and will be exclusive to Amazon.in

OnePlus announced that it’s finally ready to bring the OnePlus One flagship smartphone and its accessories to India next week. The device will be made available in the country starting next Tuesday, December 2nd and will be exclusive to Amazon India. This is the first time when the company expands to another market and has a local presence there. OnePlus says that this is also the first time when they strike a deal with a local partner to help them sell the OnePlus One. The company definitely chose the right market to begin their expansion as India is always on the lookout for good, affordable smartphones and this one offers the best price to quality ratio out there.

Just to give you an idea on what the OnePlus One can offer, consider that it comes with a set of specs that can rival those of any other flagship smartphone, and yet, its price tag is more akin to mid-range handsets. The device sports a 5.5-inch LCD display with 1080 x 1920 resolution, 401 pixel density and Corning Gorilla Glass 3 protection. Under the hood you’ll find a Qualcomm Snapdragon 801 quad-core processor running at 2.5 GHz, complete with Adreno 330 GPU and 3GB of RAM. The OnePlus One also features a 13 MP primary camera along with a 5MP front-facing shooter, a 3,100 mAh battery, and 16GB/64GB internal storage memory options.

Generally speaking, the OnePlus One costs $300 for the 16GB model and $350 for the 64GB version, although we don’t know if this will also apply to India. Pricing for this market has not been revealed yet but an announcement regarding the matter is expected to come soon. As for how you can get your hands on it, users in India can opt-in for invites that will be India-specific. OnePlus One invites in India will apparently last for 48 hours, twice as long as the usual 24 hours for other markets.

I’m Load The Game’s co-founder and community manager, and whenever I’m not answering questions on social media platforms, I spend my time digging up the latest news and rumors and writing them up. That’s not to say I’m all work and no fun, not at all. If my spare time allows it, I like to engage in some good old fashioned online carnage. If it’s an MMO with swords and lots of PvP, I’m most likely in it. Oh, and if you’re looking to pick a fight in Tekken or Mortal Kombat, I’ll be more than happy to assist! Connect with me by email markjudge (@) loadthegame.com only
@@MarkJudgeLTG
Previous Amazon Fire Phone receives massive price cut, now at only $200 unlocked
Next The Game Awards Tickets Giveaway