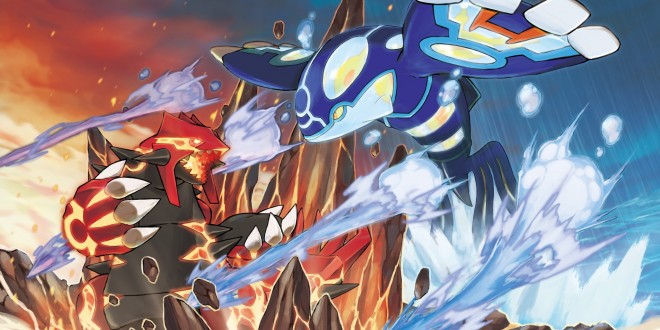 Pokemon Omega Ruby/Alpha Sapphire was confirmed to have sold 1.5 million copies over its opening weekend in Japan a few days ago. Now it has been confirmed that the game has sold much more worldwide in a few days.

Over the opening weekend for the new Pokemon games, sales have reached more than 3 million copies worldwide. The games had released on November 21st, and had reached this number by November 23rd. The titles were released in North America, Japan, Australia, South Korea, and perhaps some other regions. What needs to be noted is that the game has not been released in Europe yet. It is safe to assume that we can expect a surge of sales when the game releases there on November 28th.

In comparison, Pokemon X and Y sold 4 million copies its opening weekend. Though Omega Ruby/Alpha Sapphire sold less, one should take note the games are remakes, and they are not new games. Plus, as mentioned, the games have not released in Europe, which could potentially boost the numbers significantly.

Though Pokemon Omega Ruby/Alpha Sapphire are remakes, they do add a wealth of content to the games, as well as some older features that were taken out after the original games. Players are now able to soar through the skies on the backs of Pokemon, finding secret areas and rare Pokemon. The Mega Evolution mechanic introduced in X and Y are present as well, with new Megas being added to the fold. Added was a new side quest dubbed the “Delta Episode,” which features a new character and plot line. Returning from the original Ruby/Sapphire games is the implementation of secret bases. Players can decorate their base, play mini games, and create a pseudo gym to battle other players.

I’m Load The Game’s co-founder and community manager, and whenever I’m not answering questions on social media platforms, I spend my time digging up the latest news and rumors and writing them up. That’s not to say I’m all work and no fun, not at all. If my spare time allows it, I like to engage in some good old fashioned online carnage. If it’s an MMO with swords and lots of PvP, I’m most likely in it. Oh, and if you’re looking to pick a fight in Tekken or Mortal Kombat, I’ll be more than happy to assist! Connect with me by email markjudge (@) loadthegame.com only
@@MarkJudgeLTG
Previous Metal Gear Online Confirmed for The Game Awards 2014
Next Death Tales to be PS Vita Exclusive