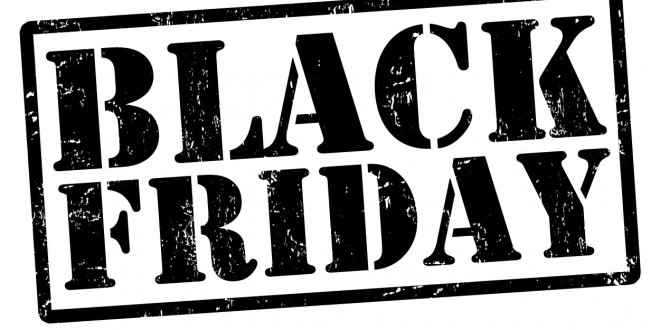 Black Friday sales can be overwhelming, especially with so many different retailers claiming that they have the best prices for video game consoles and accessories. This year it seems that there are a variety of offers available for consoles, games, and accessories so here is a quick rundown of the best ones.

If you’re in the market for either a PlayStation 4 or XBox One, you can expect to shell out between $329.99 and $399.99. Amazon, GameStop, Best Buy, Wal-Mart, Toys R Us, Kohl’s, Hastings and Fred Meyer are all offering the XBox One (sans Kinect) bundled with Assassin’s Creed: Unity for a steal at $329.99. Retailers are sticking to their guns and the $399.99 price tag for the PlayStation 4. However, if you’re up for battling the crowds at GameStop, Best Buy, Dell, Toys R Us and Wal-Mart you can snag a PlayStation 4 that comes bundled with The Last of Us: Remastered and Grand Theft Auto V on Black Friday. LittleBigPlanet 3 and Lego Batman 3 are your Playstation 4 bundle options at Toys R Us and Meijer.

Are slightly “vintage” consoles more your speed? Wal-Mart has 4GB XBox 360s for 99 bucks. PlayStation 3’s are being rushed out of GameStop’s doors with 500GB, Lego Batman 3, and the Sly Cooper Collection for just $269.99.

If you’re all set on consoles and need some console accessories, fear not! The always thoughtful gaming retailers have you covered. You can find XBox One controllers for $39.99 (Best Buy, Wal-Mart and Hastings) and PlayStation DualShock 4 controllers for $34.99 (eBay.) Thanks to eBay you can grab a PlayStation Plus 1 year subscription for $39.99 on Thursday and an XBox Live 12 month subscription for $35.99 on Black Friday.

It should come as no surprise that there are tons of sales happening for games, so here are just a few that you should keep your eyes peeled for:

These are just a small selection of some of the best Black Friday deals happening. Regardless of what you’re in the market for, you’ll have plenty of options both online and in person for Black Friday this year.

I’m Load The Game’s co-founder and community manager, and whenever I’m not answering questions on social media platforms, I spend my time digging up the latest news and rumors and writing them up. That’s not to say I’m all work and no fun, not at all. If my spare time allows it, I like to engage in some good old fashioned online carnage. If it’s an MMO with swords and lots of PvP, I’m most likely in it. Oh, and if you’re looking to pick a fight in Tekken or Mortal Kombat, I’ll be more than happy to assist! Connect with me by email markjudge (@) loadthegame.com only
@@MarkJudgeLTG
Previous Telltale’s Game of Thrones Release Dates Announced
Next Sony’s PlayStation Black Friday Flash Sale Going on Now