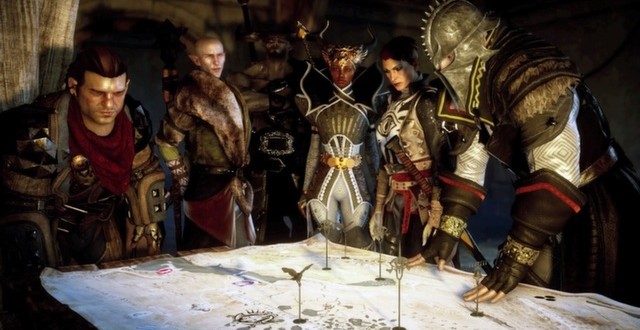 Dragon Age Inquisition was released in arguably the craziest month of the year for gaming and I mean crazy in a good way. During November we’ve seen plenty of major titles released and while it’s great to see so many great games come out in such a short period of time, most of them launched with various issues that made it difficult for us to fully enjoy them. Bugs are definitely not a novelty in the world of gaming, but lately we’ve seen more than enough of them unfortunately. On the other hand, games like Dragon Age Inquisition came out in an overall good state, although you might come across the odd bug here and there while playing this absolutely massive game.

One of these bugs is a very odd one to say the least as it inexplicably silences your party members indefinitely and no one seems to know why. This is truly a shame as similar to its predecessors, your companions in Dragon Age Inquisition engage in clever and amusing banter with one another throughout the game. But if you happen to be affected by the mentioned bug, all the characters go quiet and there’s apparently nothing you can do it about it. Bioware themselves are clueless in regards to what’s causing this as they can’t seem to replicate the conditions that trigger this unusual bug. The company is even asking players who have played a good chuck of Dragon Age Inquisition to send in their save files in the hopes of finding a solution.

Several players have already did this and strangely enough, the files seem to work as intended when the folks over at Bioware load them at their offices. While this isn’t a major bug and far from being game breaking, it still removes some of the great immersive experience offered by Dragon Age Inquisition. One the bright side, Bioware seems to be working on it as we speak, so let’s hope that they can come up with a solution soon.

I’m Load The Game’s co-founder and community manager, and whenever I’m not answering questions on social media platforms, I spend my time digging up the latest news and rumors and writing them up. That’s not to say I’m all work and no fun, not at all. If my spare time allows it, I like to engage in some good old fashioned online carnage. If it’s an MMO with swords and lots of PvP, I’m most likely in it. Oh, and if you’re looking to pick a fight in Tekken or Mortal Kombat, I’ll be more than happy to assist! Connect with me by email markjudge (@) loadthegame.com only
@@MarkJudgeLTG
Previous HTC starts shipping Nexus 9 tablets with better hardware quality
Next The Crew will have a smooth launch according to Ubisoft