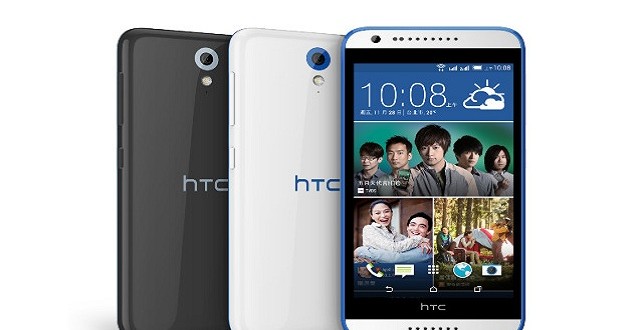 HTC Desire 620 officially announced, will be available starting next month

The HTC Desire 620 got leaked for the first time a few days ago, although the original article in which it was mentioned got almost immediately pulled down. The Taiwanese giant presumably did this in order to keep it a secret just a little bit longer, but now the cat is finally out of the bag. HTC themselves made the device official not long ago in Taiwan and said that interested customers in the country will be able to get their hands on it starting next month. The company also revealed the specs for the HTC Desire 620 and they are the very same ones we’ve learned about in the mentioned leak. This is not surprising of course, as the leak was legit and showcased the actual device. However, HTC unveiled some new information that we weren’t aware about until now.

Specifically, the HTC Desire 620 will come in two versions and each of them will sport a different processor and different potential storage capacity. One of the models will come equipped with a 64-bit Qualcomm Snapdragon 410 CPU, while the other will feature a MediaTek MTK MT6592 processor. The device which features the latter CPU will actually be dubbed HTC Desire 620G and will only be able to support microSD cards that can go up to 32GB of storage. By comparison, the Snapdragon model will allow for up to 128 GB of storage. Regardless of model, both HTC Desire 620 versions will only feature 8 GB of storage from the get-go, along with a 720p resolution 5-inch display, 1 GB of RAM, 2,100 mAh battery, 8 MP Eye Experience camera on the back, and 5 MP selfie shooter on the front.

Seeing as how there are a couple of differences between the two models, HTC decided to price them differently. As such, the Snapdragon version will cost TWD $6,990, which is the equivalent of about $225, while the MediaTek model will be priced at TWD $4,990, or around $161. Bot HTC Desire 620 models will launch in Taiwan this Monday, December 1st. International release date and pricing has not been announced yet.

I’m Load The Game’s co-founder and community manager, and whenever I’m not answering questions on social media platforms, I spend my time digging up the latest news and rumors and writing them up. That’s not to say I’m all work and no fun, not at all. If my spare time allows it, I like to engage in some good old fashioned online carnage. If it’s an MMO with swords and lots of PvP, I’m most likely in it. Oh, and if you’re looking to pick a fight in Tekken or Mortal Kombat, I’ll be more than happy to assist! Connect with me by email markjudge (@) loadthegame.com only
@@MarkJudgeLTG
Previous Digimon Story: Cyber Sleuth Details on New Character and Digivolution Released
Next Microsoft Lumia 535 now available for purchase in the US as well