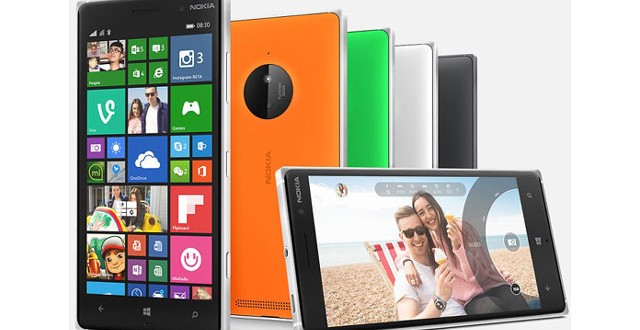 The Microsoft Lumia 535 is the first smartphone to launch under the tech giant’s new brand name. Sadly, the Nokia brand will not be appearing on new devices any longer, so expect to see all the upcoming Lumia phones feature the Microsoft name. As for the handset, it was actually launched in India earlier this month, but was not available in the US until now. Stateside availability was made possible thanks to Expansys, which offers the phone for only $170. Users in India on the other hand have to pay only $150 for the Microsoft Lumia 535, so US customers got the short end of the stick here I’m afraid. Pricing aside, this a low-end Windows Phone device that unsurprisingly comes with less than impressive hardware. However, it’s still worth taking a look at even so considering the relatively low price.

The Microsoft Lumia 535 comes equipped with a 5-inch display packing 540 x 960 pixel resolution and 220 ppi. Under the hood you’ll be able to find a Qualcomm Snapdragon 200 chipset complete with quad-core Cortex-A7 processor running at 1.2 GHz, Adreno 302 GPU, and 1 GB of RAM. As mentioned, the hardware is nothing to write home about, but at least the device can support plenty of storage memory. The Microsoft Lumia 535 only features 8 GB of storage from the get-go but has a microSD card slot that can go up to 128 GB of additional memory. Some other specs include: 5 MP primary camera along with 5 MP selfie shooter on the front, and 1,905 mAh Li-Ion battery pack.

In addition, the Microsoft Lumia 535 also has a dual-SIM model and regardless of variant, the device runs on the Windows Phone 8.1 operating system with the latest Denim update. All in all, the Lumia 535 shouldn’t be your first choice if you’re looking to buy a smartphone that can offer great performance, but there are worst handsets out there as well. I think it’s at least worth taking a look at as it’s cheap and has a couple of things going for itself but the final decision is naturally yours to make.

I’m Load The Game’s co-founder and community manager, and whenever I’m not answering questions on social media platforms, I spend my time digging up the latest news and rumors and writing them up. That’s not to say I’m all work and no fun, not at all. If my spare time allows it, I like to engage in some good old fashioned online carnage. If it’s an MMO with swords and lots of PvP, I’m most likely in it. Oh, and if you’re looking to pick a fight in Tekken or Mortal Kombat, I’ll be more than happy to assist! Connect with me by email markjudge (@) loadthegame.com only
@@MarkJudgeLTG
Previous HTC Desire 620 officially announced, will be available starting next month
Next New iPad Air Plus design details surface thanks to leaked blueprint