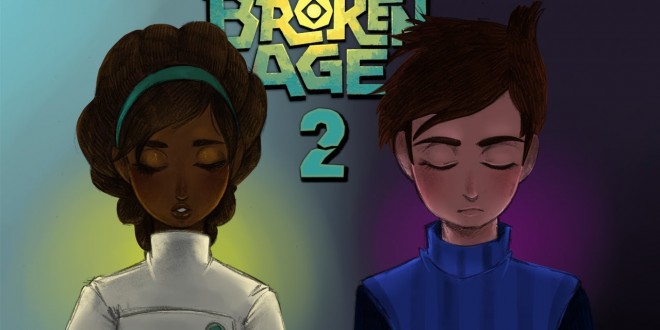 Broken Age 2 fans will have to wait a little bit longer than originally expected for the game’s release. First anticipated to be out by late 2014, a posting on Broken Age’s official forums updated the game’s release date to early 2015.

Greg Rice of Double Fine Productions explained, “The game is looking really good and the team is working super fast, but we just gotta give the game the time it needs to really deliver on everything we’re hoping it will be.”

In his update on the Broken Age forum, Greg Rice also talked about how the development team on Broken Age Act 2 has grown substantially allowing them to work through Alpha testing for the game. Greg elaborated, “The goal now is to get all of the finale work done so we can hit Alpha on all of Act 2 by the end of the year. That means as you may have guessed based on recent updates and documentary episodes, the Act 2 will ship that will deliver the complete adventure is now looking like it will be early next year.”

Broken Age 2 is the second act of Broken Age that was released earlier this year. Gaming fans will remember the Double Fine Production bid to make Broken Age as being the second ever Kickstarter project to surpass the $1 million dollar mark back in early 2012. The game, which ultimately amassed an impressive $3.3 million dollars from Kickstarter backers, was split into two acts after delays from the original October 2012 release date put pressure on the studio.

With Broken Age Act 1 finally released nearly a year and a half later in January of this year, fans who purchased the Broken Age 1 or were among the countless people that funded the project on Kickstarter will be getting free copies of Act 2.

I’m Load The Game’s co-founder and community manager, and whenever I’m not answering questions on social media platforms, I spend my time digging up the latest news and rumors and writing them up. That’s not to say I’m all work and no fun, not at all. If my spare time allows it, I like to engage in some good old fashioned online carnage. If it’s an MMO with swords and lots of PvP, I’m most likely in it. Oh, and if you’re looking to pick a fight in Tekken or Mortal Kombat, I’ll be more than happy to assist! Connect with me by email markjudge (@) loadthegame.com only
@@MarkJudgeLTG
Previous Microsoft Lumia 1030 images leaked online
Next Xbox One vs PS4 – Microsoft outsells Sony by a large margin on Black Friday