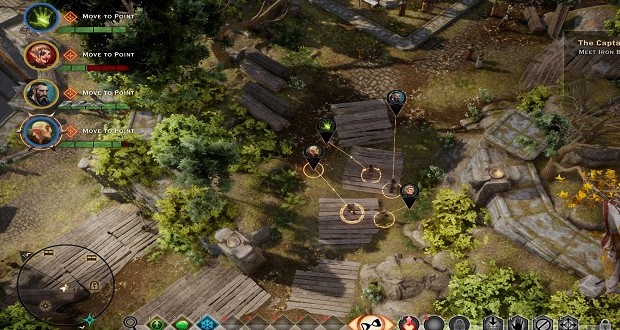 Dragon Age Inquisition is without a doubt one of the best games of 2014, which is saying a lot considering just how many great releases we’ve had this year. Reviews have been very positive thus far and with good reason as there is very little to complain about when it comes to this game. Sure, you might come across the odd bug from time to time, but that’s a small price to pay when you take into consideration the fact that this is a truly massive game that can take you several tens of hours to complete. Overall, Dragon Age Inquisition was released in a very good state, although a couple of improvements could still be made if you ask me.

The PC version in particular could use a bit more work as the controls are not always the best and it’s pretty obvious at times that Bioware was heavily focusing on the console versions during development. But while that’s only a minor nuisance, there’s something even more important that needs to be addressed: the Isometric Camera. This was one of the features that made Dragon Age: Origins so good and Bioware promised that it would return in Dragon Age Inquisition. The company sort of kept their promise and implemented a tactic view, but it’s not even close to what they offered in Origins mainly due to the fact that you can’t pull it back far enough to actually make it useful. Well, now there’s a solution for that.

A PC gamer managed to create a mod for Dragon Age Inquisition that brings back the real Isometric Camera just as we know it from the first installment. Technically speaking, this is more of a cheat than a mod as it was created using CheatEngine. However, it does work as intended and provides a more in-depth view of the battlefield, which can be very useful needless to say. If you’re interested in giving it a try, you can find the CheatEngine here and the instructions here.

I’m Load The Game’s co-founder and community manager, and whenever I’m not answering questions on social media platforms, I spend my time digging up the latest news and rumors and writing them up. That’s not to say I’m all work and no fun, not at all. If my spare time allows it, I like to engage in some good old fashioned online carnage. If it’s an MMO with swords and lots of PvP, I’m most likely in it. Oh, and if you’re looking to pick a fight in Tekken or Mortal Kombat, I’ll be more than happy to assist! Connect with me by email markjudge (@) loadthegame.com only
@@MarkJudgeLTG
Previous New Batman Arkham Knight details revealed by Rocksteady Studios
Next Fallout 4 should be set in New Orleans or Florida according to the original devs