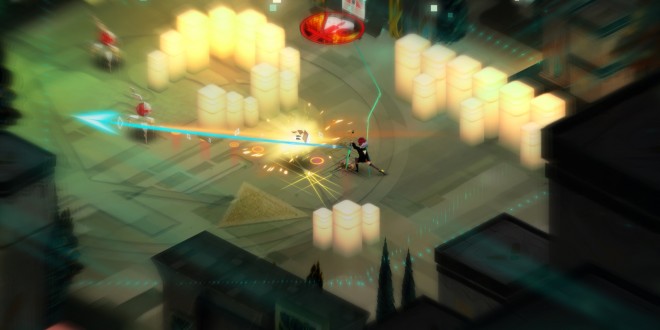 Every Tuesday the PlayStation Store Update is released and a ton of new content is published for your PlayStation 4, 3 and Vita. The data dump includes digital versions of retail games, smaller downloadable titles, demos, pre-orders, sales, apps, DLC and more. Instead of combing through the heap of text and pictures, let us guide you to what deserves your attention and money.

Geometry Wars 3 ($14.99) – The popular geometry wars first appeared on Xbox 360 and is now multiplatform. Gameplay is reminiscent of popular Super Stardust on PS3 and PSVita, and it includes cooperative play with 4 players, or 8 players online.

Thomas Was Alone ($9.99 – three way cross buy) – This unique little platformer is now on the PS4 and free for those who already own the PS3 or Vita versions.

The Crew Beta – Requires PlayStation Plus. Ubisoft’s recent launches of Assassin’s Creed Unity and Far Cry 4 had technical issues that ranged from game breaking to annoying, leading many to worry over the Crew’s launch. Also this isn’t really a beta since the game is set to launch next Tuesday.

The Witcher 3 Wild Hunt ($59.99) – The next entry in the popular Witcher series is expected to do very well critically, and offer players tons of content, both in the game itself and in the free DLC.

This is the last week to get The Binding of Isaac Rebirth and Luftrausers on PS4 and PS3 respectively.

Sales! Rayman Legends ($19.59) Towerfall Ascension ($7.34) Army of Two The Devils Cartel ($3.99) Battlefield 3 ($3.99) Borderlands 2 ($4.54) Dark Souls II ($19.59) Tom Clancy’s Ghost Recon Future Soldier ($9.79) Due to the lateness of this update, the PlayStation Black Friday sale is also live, where you can get Transistor for only $7.99! PlayStation Now You can attempt to play the terrible game Heavy Fire Afghanistan on the fidgety service PlayStation Now! Add ons Revolutionary Armaments Pack for Assassin’s Creed Unity (free for season pass which was also recently cancelled) Dark Souls II DLC bundle ($24.99) Recommendations Definitely get Transistor as it is my game of the year, and if you haven’t played Borderlands 2 get it for five bucks because that game has a lot to offer if you get into it. Remember to check back next week where we’ll have the update broken down again!