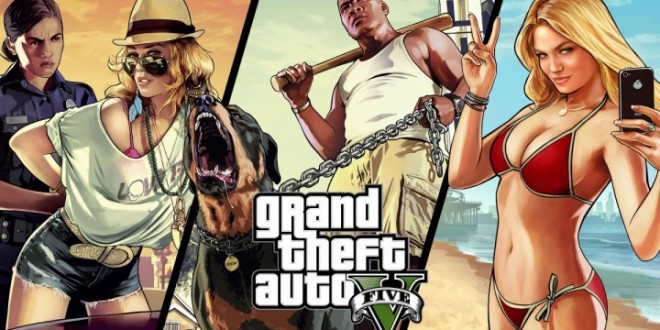 GTA V’s re-release has been out for about 2 weeks now and while many are still rediscovering the World of GTA, many are also eagerly awaiting news on Heists for GTA Online. Rockstar has promised that their first major patch to GTA Online will contain the heists, well, it’s time for them if we go based off of that. As Rocktar has announced their next patch, which is directed at GTA Online and should release some time this week. While they haven’t stated the contents of the patch entirely, Product-Reviews seems fairly convinced that this patch for GTA Online will not solely include bug fixes, but actually will bring out the content people have been patiently waiting for.

It would definitely be interesting to see the surprise launch of heists in GTA Online, I am sure Rockstar would announce it the moment they came out. I expect the delay of the announcement GTA Online Heists is to make 100% sure they are ready, because if something went wrong Rockstar wouldn’t be able to escape that. GTA Online has a good amount of things to do and I am sure players are busy hustling, playing, and whatnot, but if Heists come out it will be a game changer. The patch COULD be out as early as tomorrow, as Rockstar’s patches tend to come out on Tuesdays.

It would be extremely interesting to see GTA Online get the content it has been promised over a year ago. Many things have delayed GTA Online’s heists, but people are tired of waiting. Many have been enjoying their game and it is something worth enjoying, but even in our review we spoke about heists for GTA V. As they are the only thing missing from the actual game. If GTA V’s re-release came out with heists the game would have been perfect, but sadly that was not the case. It will be interesting to see if the heists are in GTA V’s latest patch. It would certainly give players a lot more to do.

Christopher is a Contributor at Load The Game and a Community Manager for Project Extract. If he isn't writing about games or playing games, then he's more than likely thinking about, you guessed it, games. Christopher prefers RPGs over all, but isn't opposed to jumping in to just about anything.
@Reaperchris13
Previous JRPGs Will Come to the Xbox One According to Phil Spencer
Next Game of Thrones Out Tomorrow, New Launch Trailer