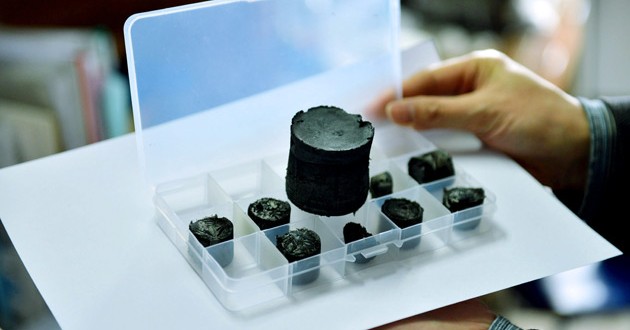 Have you ever heard about graphene until now? Don’t worry, neither have I. Undoubtedly, this planet has been blessed with some one of a kind materials such as spider silk, stanene, or uranium, but one of the most unique and interesting of them all is graphene, also referred to as the ‘wonder material’. The beauty of this material lies in its versatility, as it provides numerous options of applicability for different fields of activity. Graphene is basically a thin, nearly transparent sheet of pure carbon 100 times stronger than steel, which can pretty much generate fuel and electricity out of thin air. This wonder material was first isolated in 2004, while in 2010  “groundbreaking experiments regarding the two-dimensional material graphene” have been conducted by Andre Geim and Konstantin Novoselov at the University of Manchester, which won them the Nobel Prize for Physics the same year.

Being a two dimensional material (on a macro scale) basically means that protons can pass through it. Its fuel generating properties have a plausible explanation: when Hydrogen is stripped of its electron it embodies the form of a positively charged proton, so by pumping air through graphene sheets you’ll be able to obtain positively charged hydrogen. Although this sounds pretty straightforward, getting hydrogen out of graphene sheets is quite complicated, and this is an aspect that needs to be further addressed by researchers. To make this happen, the material needs to be heated up after coating it in various nanoparticles such as platinum, which plays as catalyst. One of the main characteristics of graphene is its impermeability to gases and liquids, meaning that this might be of great help in countering the effects of fuel cell poisoning and improving their efficiency. I’m sure you’ve heard the expression “internet of things” many times before. Well, with graphene, the internet of things will be possible via your fridge or toothbrush, believe it or not.

“How do you enable the Internet of Things? You need to put devices in everything. But you can’t put a Pentium 5 processor in a book; it’ll cost more than the book,” said Andrea Ferrari, director of the Cambridge Graphene Centre. “The Internet of Things will need very cheap, simple, flexible and eventually disposable devices, and that’s where graphene comes in,” he continued.

With that said, this wonder material is one of the greatest discoveries of our era, and judging by its huge potential the possibilities are endless.

I'm Razvan, a sports and first-person shooter enthusiast. I've always loved writing, even more so when it involves games. When I'm not playing on my PS3 or writing, I like to run exhausting cardio workouts, play soccer, watch a good movie, or read a good book.
Previous Destiny: Here’s the exclusive PS4 content coming with The Dark Below
Next GTA V Bug Lowers Graphic Quality

Most of you know Verizon Wireless because it’s a carrier which is mostly involved with ...