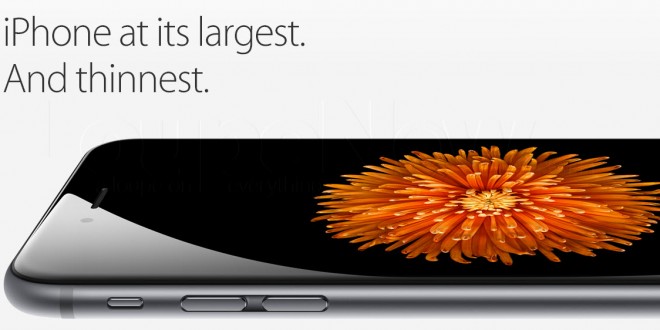 The iPhone 6 came surging ahead with robust sales that put Apple on track for having a “record quarter” according to the latest three month figures ending in October 2014.

Kantar Worldpanel ComTech, a WPP market research firm, released their figures on Apple’s spike in sales. The Strategic Insight Director at Kantar Worldpanel ComTech explains, “Apple has experienced a huge jump in sales share across almost all major markets thanks to the launch of the iPhone 6. In major European economies, the US and Australia, Apple’s share of sales has risen. This success is particularly evident in Great Britain where Apple now has its highest ever share of sales with 39.5%. Most of these sales were driven by loyal Apple users. Some 86% of British buyers upgraded from an older iPhone model, only 5% switched across from Samsung.”

While Apple saw a boost in sales across a variety of markets, with some figures more modest than others, the most interesting information comes out of Great Britain as it had the largest jump in iPhone sales. With their largest share of sales ever at 39.5% in Great Britain, Kantar Worldpanel ComTech unveiled some interesting figures pointing to why that was the case. 51% of consumers chose the iPhone 6 for its 4G capabilities, 49% were won over by it’s new and larger screen size with 45% admiring its design.

Apple’s iPhone 6 sales were less impressive compared to the three months ending in October last year and only grew by just .7% in the United States. Since unlocked phones are less common here in the states, it was interesting to see that AT&T and Verizon shared nearly the same chunk of iPhone 6 sales at 41.4% and 42.2% respectively. Despite Verizon and AT&T being neck and neck in terms of iPhone 6 sales, AT&T took the lion’s share of iPhone 6 Plus sales at 63%. Despite only showing a mere .7% increase in sales this year, iPhones still accounted for four out of five of the top selling smartphones in America.

Despite the increase in iPhone 6 sales, Android is still beating Apple in the smartphone arena – and by a wide margin at that. After initially dominating the market, Apple lost ground to Android smartphones because of the greater options for big screens, the multitude of customizable options, and lower prices. Apple was able to regain some steam with the iPhone 6’s larger size, 4G offering and support from Apple Pay.

Anybody who made the switch from Apple to Android, what made you jump ship? Do you think the iPhone 6 is a worthy adversary for Android’s extensive lineup of smartphones?

I’m Load The Game’s co-founder and community manager, and whenever I’m not answering questions on social media platforms, I spend my time digging up the latest news and rumors and writing them up. That’s not to say I’m all work and no fun, not at all. If my spare time allows it, I like to engage in some good old fashioned online carnage. If it’s an MMO with swords and lots of PvP, I’m most likely in it. Oh, and if you’re looking to pick a fight in Tekken or Mortal Kombat, I’ll be more than happy to assist! Connect with me by email markjudge (@) loadthegame.com only
@@MarkJudgeLTG
Previous iPhone 6 clone offers better specs, sapphire display, lower price tag
Next Target Australia Stops Selling GTA V