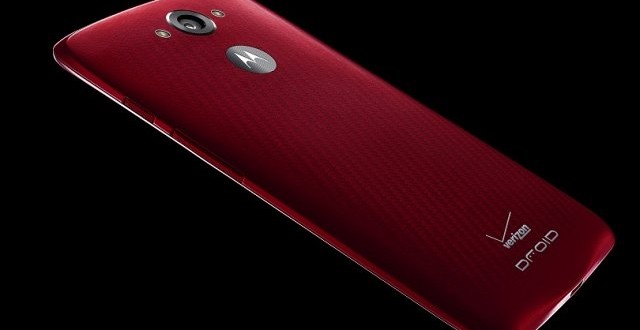 Motorola's Droid phablet will look similar to the Nexus 6, but sport better specs

Motorola’s Droid phablet will look similar to the Nexus 6, but sport better specs

The Motorola manufactured Nexus 6 may very well be one of the best phablets currently available on the market, but word on the street is that the company is already working on something even better. This is a bit strange considering that they also released the DROID Turbo not long ago, but I guess the folks over at Motorola really like to keep themselves busy. The Turbo is equally as impressive as the Nexus 6 but comes in a smaller package which naturally also includes a smaller display. Now Motorola reportedly wants to make a bigger version of the smartphone and rumor has it that it will be similar in terms of design to the Nexus 6.

As always, these types of rumors should be taken with a healthy pinch on salt, but let’s assume that this particular one is true. A self-proclaimed Motorola insider says that the upcoming DROID phablet will come equipped with a 5.9-inch display of the quad HD variety. Under the hood we should be able to find a powerful Qualcomm Snapdragon 810 quad-core processor with 64-bit architecture and no less than 4 GB of RAM. By comparison, both the Motorola DROID Turbo and the Nexus 6 only sport 3 GB of RAM and Snapdragon 805 processors. The rest of the specs have not been mentioned but we should probably also expect to see plenty of battery life and storage memory judging by how promising everything sounds. Also, Android Lollipop should become the norm by then on all newer devices, so it will most likely power this smartphone as well.

The leaker didn’t reveal much else except for the fact that Motorola should launch the phablet sometime during mid-2015. Much like all the other DROID devices, I suspect that this one will also be exclusive to Verizon Wireless. Unfortunately there’s no way of knowing if this information comes from a reliable source or not as the aforementioned insider chose to remain anonymous. We’ll let you know as soon as we learn anything else, so stay tuned.

I’m Load The Game’s co-founder and community manager, and whenever I’m not answering questions on social media platforms, I spend my time digging up the latest news and rumors and writing them up. That’s not to say I’m all work and no fun, not at all. If my spare time allows it, I like to engage in some good old fashioned online carnage. If it’s an MMO with swords and lots of PvP, I’m most likely in it. Oh, and if you’re looking to pick a fight in Tekken or Mortal Kombat, I’ll be more than happy to assist! Connect with me by email markjudge (@) loadthegame.com only
@@MarkJudgeLTG
Previous PlayStation 4 20th Anniversary Edition, Only 12,300 Available
Next iPhone 6 clone offers better specs, sapphire display, lower price tag