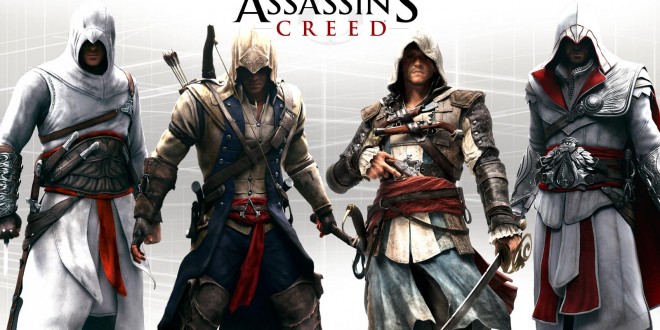 Next Assassin's Creed Set in London

Next Assassin’s Creed Set in London

Many fans are still finding it hard to get through Assassin’s creed Unity, but to no one’s surprise the next assassin’s creed is on it’s way. Kotaku is behind this leak and it doesn’t seem as if Ubisoft is too happy, as they sent out an email stating:

“It is always unfortunate when internal assets, not intended for public consumption, are leaked. And, while we certainly welcome anticipation for all of our upcoming titles, we’re disappointed for our fans, and our development team, that this conceptual asset is now public. The team in our Quebec studio has been hard at work on the particular game in question for the past few years, and we’re excited to officially unveil what the studio has been working on at a later date. In the meantime, our number one priority is enhancing the experience of Assassin’s Creed Unity for players.”

Christopher is a Contributor at Load The Game and a Community Manager for Project Extract. If he isn't writing about games or playing games, then he's more than likely thinking about, you guessed it, games. Christopher prefers RPGs over all, but isn't opposed to jumping in to just about anything.
@Reaperchris13
Previous Steam Broadcasting: Competition for Twitch
Next Level-5 Wants to Surpass White Knight Series