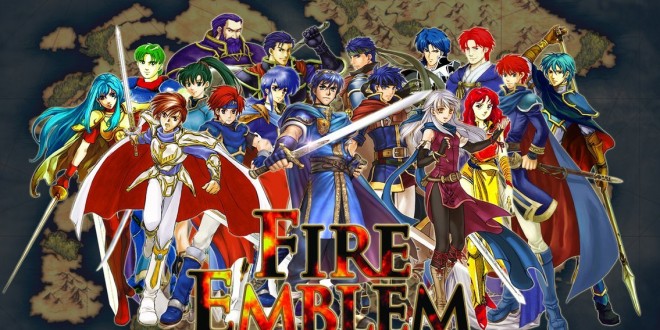 Fire Emblem Coming to the Wii U Virtual Console

Fire Emblem Coming to the Wii U Virtual Console

Fire Emblem has been a go-to tactical RPG series in Japan since 1990. The series did not arrive in America until 2003, however, with the Game Boy Advance game simply titled Fire Emblem. Now Nintendo will let players relive that release on the Wii U Virtual Console.

According to Nintendo of America’s website, Fire Emblem will land on North American Wii U systems later this week on December 4th. Europe had received the title back in the Virtual Console in August, so it has taken a little while to come over stateside. The title will set gamers back $7.99. Fire Emblem on the Wii U comes 11 years after the original game was released on the Game Boy Advance. The game was well received when it came out a little decade ago, and helped influence Nintendo to include Marth and Roy in Super Smash Bros. Melee on the GameCube.

The seventh game in the Fire Emblem series, and the first to release in America, Fire Emblem is a prequel to the title Fire Emblem: Fuin no Tsurugi. Taking place 20 years before, Fire Emblem is set in the fictional continent of Elibe. Over a thousand years before the game takes place, dragons and humans coexisted together in the world. That peace did not last, however, as man fought against dragon in a bitter war known as The Scouring. Humans defeated the dragons, vanishing them from the world, and taking over as the dominant species.

The latest game in the series was the 3DS title Fire Emblem Awakening. The game was critically acclaimed, and was one of the best JRPGs of 2013. Characters from the series were featured in the latest Super Smash Bros. title for the 3DS and Wii U. The game featured the most characters to appear in the series, totaling in at 4, including series newcomers Lucina and Robin.

I’m Load The Game’s co-founder and community manager, and whenever I’m not answering questions on social media platforms, I spend my time digging up the latest news and rumors and writing them up. That’s not to say I’m all work and no fun, not at all. If my spare time allows it, I like to engage in some good old fashioned online carnage. If it’s an MMO with swords and lots of PvP, I’m most likely in it. Oh, and if you’re looking to pick a fight in Tekken or Mortal Kombat, I’ll be more than happy to assist! Connect with me by email markjudge (@) loadthegame.com only
@@MarkJudgeLTG
Previous Metal Gear Solid 4 Coming to PlayStation Network
Next OlliOlli is Coming to Xbox One, Wii U, and 3DS in 2015