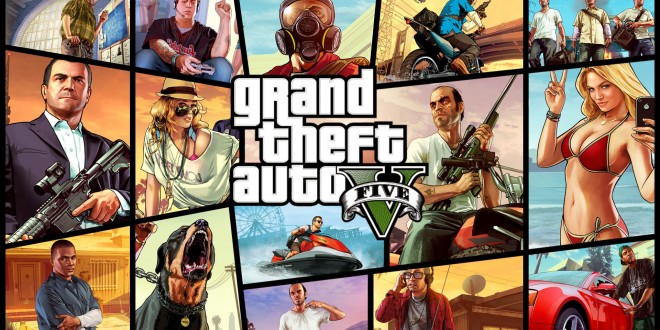 Looks like Michael, Franklin, and Trevor won’t only be visiting target in their trip down under, as Kmart has followed in their footsteps. Yesterday in response to a misguided petition, Target removed GTA V from their shelves and issued a statement. Today, according to MMGN, Kmart is following the lead and has taken the games off of their shelves as well. This doesn’t come as too big of a surprise, as Kmart and Target are actually owned by Perth-based conglomerate, Wesfarmers Limited. The most surprising thing about the story would be Kmart’s statement for removing the game form their shelves, they stated that “Following a significant review of all content in Grand Theft Auto Games Kmart has taken the decision to remove this product immediately,” and continued with ”Kmart apologises for not being closer to the content of this game.”

Well, Kmart upon further examination you would be wrong. It is clear that Kmart did no research on the matter actually and rolled over like Target did, due to the inaccurate petition that is sweeping the internet. Counter petitions have gone up as well and are doing fairly well for themselves in an attempt to bring back the game. Take-Two CEO Strauss Zelnick has issued a statement in response to the Target Australia’s decision: “We are disappointed that an Australian retailer has chosen no longer to sell Grand Theft Auto V–a title that has won extraordinary critical acclaim and has been enjoyed by tens of millions of consumers around the world. Grand Theft Auto V explores mature themes and content similar to those found in many other popular and groundbreaking entertainment properties. Interactive entertainment is today’s most compelling art form and shares the same creative freedom as books, television, and movies. I stand behind our products, the people who create them, and the consumers who play them.”

The game is not advertised for children, it does not encourage or advocate violence against women, and sexual violence is not a feature in the game. While this Kmart is not associated with the one in America, it is troubling to hear. As Kmart and Target have taken it down, it could be only a matter of time before other chains follow in their footsteps. While I hope Kmart and Target reconsider, I am doubtful they will. The petition Kmart and Target are currently following goes based off one image. The person who created it clearly has not played the game and nor do they have any interest in doing so. Maybe if Kmart had taken a moment to look closer at the game’s content they would have seen the mistakes made by the petition, but it is evident that they did not.

Christopher is a Contributor at Load The Game and a Community Manager for Project Extract. If he isn't writing about games or playing games, then he's more than likely thinking about, you guessed it, games. Christopher prefers RPGs over all, but isn't opposed to jumping in to just about anything.
@Reaperchris13
Previous New Borderlands: The Pre-Sequel DLC coming later this month
Next Hyperdevotion Noire Opening and Screenshots Revealed – NSFW