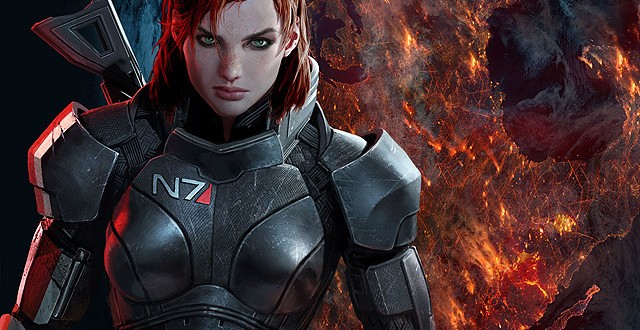 The special announcement EA plans to make this Friday at The Game Awards will not be related to Mass Effect 4 according to a well known industry insider. COO Peter Moore got our hopes up yesterday when he tweeted that he will be joining TGA producer and host Geoff Keighley on stage in order to announce something special. Since Mass Effect 4 is arguably the most anticipated upcoming title published by EA, a lot of people were naturally hoping that the announcement will be somehow related to the game. This is not the case according to a industry insider that goes by the name of Shinobi. He said on NeoGAF earlier today that the announcement in question has nothing to do with Bioware’s epic sci-fi series.

While this is by no means a confirmation, Shinobi is generally regarded as being a trusty source of information, so he could be right about this one. Moreover, Bioware already shared some info about Mass Effect 4 just last month at the N7 Day developers panel and it wasn’t exactly a whole lot to go on. This suggests that the company probably isn’t ready to reveal anything else just yet. Mass Effect 4 is not the only highly anticipated game published by EA however. The “special announcement” could also be related to Star Wars: Battlefront, Mirror’s Edge, or even Battlefield Hardline. On the other hand, it could be something totally unrelated to any upcoming games that we know of.

Keighley did mentioned at one point that he’s “pretty sure no one will guess this one!” This hints that we might be looking at something new, maybe not even a game at all. A new service maybe? I guess we’ll just have to wait until Friday to find out. As for Mass Effect 4, rumors has it that Bioware’s marketing campaign for the game will be unleashed early next year, so expect a lot more details to be unveiled then.

I’m Load The Game’s co-founder and community manager, and whenever I’m not answering questions on social media platforms, I spend my time digging up the latest news and rumors and writing them up. That’s not to say I’m all work and no fun, not at all. If my spare time allows it, I like to engage in some good old fashioned online carnage. If it’s an MMO with swords and lots of PvP, I’m most likely in it. Oh, and if you’re looking to pick a fight in Tekken or Mortal Kombat, I’ll be more than happy to assist! Connect with me by email markjudge (@) loadthegame.com only
@@MarkJudgeLTG
Previous Hyperdevotion Noire Opening and Screenshots Revealed – NSFW
Next Alleged OnePlus Two hardware specs leaked