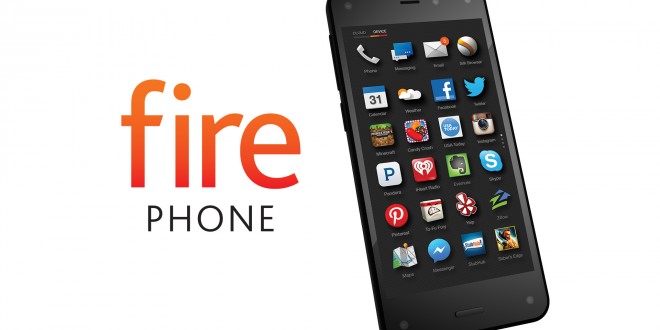 Fire Phone 2 and 3 from Amazon are a reality

Fire Phone 2 and 3 from Amazon are a reality

The Fire Phone was an amazing flop from Amazon when it was launched, mostly because of its sky-high price that wasn’t reflected by its performance and features. Even though the Fire Phone was a flop, it seems that Amazon is not giving up on their own smartphone idea and want to follow up the initial release with at least two new attempts. Amazon was successful with the Kindle Fire tablet line receiving many positive reviews, but after the Fire Phone was launched, interest dwindled in their manufacturing endeavor.

Nonetheless, Amazon CEO Jeff Bezos said that the company would attempt to make a few more Fire Phone editions that would try and improve the faults of the initial release. We think that Amazon should be content with the positive response their Kindle Fire tablets got, but if the company says they can do Fire Phone all over again, why not. Keep in mind that millions of unsold Amazon Fire Phone units are still kept in storage and AT&T is selling the handset for a dollar on contract, which says a lot about the handset’s actual popularity among customers.

Many people were disconcerted by the fact that AT&T was the exclusive carrier to sell the Fire Phone and for the very high price of $650 for the 32 GB variant and the whopping $750 price for the 64 GB Fire Phone. During the Black Friday craze and even before, Amazon started selling the Fire Phone for just $200, which sounded like a more appropriate price for the device. Even so, not many people rushed to buy the cheaper iteration of the 32 GB Fire Phone, demonstrating that interest in Amazon’s mobile division was below expectations.

If Amazon will indeed make another Fire Phone and even two more, they should reconsider their marketing strategy. First of all, the Fire Phone should be made available on all major U.S. carriers, so that it can gain some popularity among T-Mobile and Sprint users, not just AT&T fans (which are not that many). Otherwise, Jeff Bezos and Co. could improve the Fire Phone 2 or even the third by introducing Google Services because if we’re honest, the Google Play Store is much more popular and has a wider variety of apps and games available than the Amazon App Store. With the right price for the Fire Phone successors, Amazon has a shot at making their next mobile phone a better one. We’re pretty sure the company will have a follow-up device ready sometime next year, but that remains to be seen.

My life-long dream has been to test out every gadget on the market! Considering the fact that I've rapidly destroyed almost every gadget I've had so far, I'm not inclined to owning something, so my ideal outcome would be to have a different gadget each month. I'm really into smartphones, wearables and tablets and I love Playstation and Xbox, I'm sure I'll beat you at your own game (after a month of training... or two)
Previous God of War 4 confirmed by develper Santa Monica Studios
Next iPhone 7 release date rumor roundup: one or more new phones?