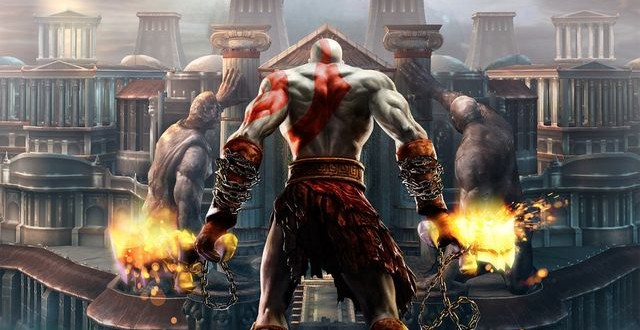 God of War 4 was confirmed yesterday at the PlayStation Experience event by Santa Monica Studios’  Cory Balrog. Although he didn’t mention that particular name, Balrog was heard saying during a panel that “yes, we are making another God of War.” Interestingly, it seems like the creative director wasn’t actually supposed to reveal the big news just yet based on what Santa Monica said shortly after Balrog made the statement. The studio went on Twitter and posted the following message: “Don’t tell anyone what @corybarlog just said #PlayStationExperience #GodofWar.” It’s important to note that Santa Monica Studios did not deny that God of War 4 is currently in the works, although it seems like they’re not ready to reveal any further details at this time.

Balrog himself didn’t say much about the game either, however, he did confirm that this will not be a prequel. A sequel then? Perhaps, although word on the street is that God of War 4 – or whatever its name is – will probably be a reboot of the series. This of course makes a lot of sense as the studio will most likely be aiming the next installment exclusively at PS4 users who may or may not have played the previous titles. That said, the next game could have a subtitle attached to its name rather than being called God of War 4. At the moment there are very few details regarding the game, so all we can do is speculate for now.

However, we do know that the game will not be releasing any time soon as it seems to be very early in development. Balrog said that more details on God of War 4 will hopefully be revealed sometime during “the next year or two.” Still, it’s nice to have confirmation that Santa Monica Studios are indeed working on the game even if we’ll have to wait a while before we will be able to play it. On the other hand, this news is not very surprising considering that God of War has been one of the most popular series on the PlayStation for the longest time.

I’m Load The Game’s co-founder and community manager, and whenever I’m not answering questions on social media platforms, I spend my time digging up the latest news and rumors and writing them up. That’s not to say I’m all work and no fun, not at all. If my spare time allows it, I like to engage in some good old fashioned online carnage. If it’s an MMO with swords and lots of PvP, I’m most likely in it. Oh, and if you’re looking to pick a fight in Tekken or Mortal Kombat, I’ll be more than happy to assist! Connect with me by email markjudge (@) loadthegame.com only
@@MarkJudgeLTG
Previous Apple CEO Tim Cook is honored by the anti-discrimination bill named after him
Next Fire Phone 2 and 3 from Amazon are a reality