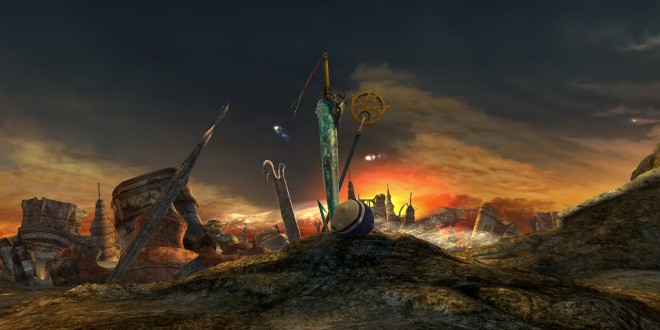 Final Fantasy X/X-2 received a remastered version earlier this year on the PlayStation 3 and PS Vita systems. Now it seems that the titles may be reaching out to yet another Sony system.

Originally released in 2001, Final Fantasy X follows Tidus, a young sports star who finds himself in the world of Spira. He soon joins a summoner  named Yuna on her quest to defeat a massive monster by the name of Sin. The title uses a different battle system than previous titles, dubbed the Conditional Turn-Based Battle system, rather than the Active Time Battle system. In the new system, the battle pauses between character turns, rather than all characters being able to act independently without a turn system. The game also introduces the Sphere Grid, a new way for characters to level up. Rather than normal leveling, players navigate a massive grid, improving stats and learning abilities along the way.

The first direct sequel in the Final Fantasy series, Final Fantasy X-2 takes place two years after the first game. The title sees Yuna, along with Rikku and newcomer Paine, looking for a way to bring Tidus back. Rather than a normal class system, X-2 utilizes the Dresssphere system. Characters are able to equip a dresssphere, accessing a class, and utilize the abilities of that class. X-2 featured an all female cast, with Yuna and Rikku having different appearances than the first game.

Final Fantasy X/X-2 HD Remaster is already available one the PS3 and PS Vita. If the listing is true, the bundle will be available for the PS4 this coming Spring.

I’m Load The Game’s co-founder and community manager, and whenever I’m not answering questions on social media platforms, I spend my time digging up the latest news and rumors and writing them up. That’s not to say I’m all work and no fun, not at all. If my spare time allows it, I like to engage in some good old fashioned online carnage. If it’s an MMO with swords and lots of PvP, I’m most likely in it. Oh, and if you’re looking to pick a fight in Tekken or Mortal Kombat, I’ll be more than happy to assist! Connect with me by email markjudge (@) loadthegame.com only
@@MarkJudgeLTG
Previous PlayStation 4 Bundle Includes One of Four Hit Titles
Next Hyperdimension Neptunia Hypercollection Rated for PlayStation 4 in Germany