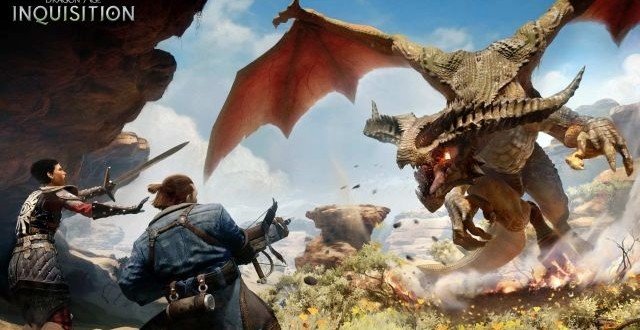 Dragon Age Inquisition is scheduled to receive its second major patch later today, which will be available on all but one platform. Bioware announced earlier that those who own the game on PC, PS3, PS4, and Xbox 360 can look forward to receiving patch 2 in due time. As for owners of the Xbox One version of the game, the developer says it’s working hard on bringing the patch to this platform “as soon as possible.” This suggests that the patch is unlikely to arrive to the Xbox One version of Dragon Age Inquisition later today but it will probably go live on this console as well sometime in the coming days.

Patch 2 will be focused on bringing more stability to the game while also adding a number of improvements and bug fixes. The full list of patch notes has not been made available just yet, but Bioware did gave as a general overview of what the patch contains in a recent blog post. Dragon Age Inquisition players can expect to see various fixes for crashes, freezes, and glitches when the patch arrives later today. In addition, the patch also includes fixes for quests, conversations, camera, AI, path finding, and other elements related to gameplay. Finally, the second patch brings specific fixes for the PC version of Dragon Age Inquisition, as well as for the multiplayer component.

Bioware also discussed a bit about the third patch which will bring even more gameplay improvements and fixes to the game. The next update will continue to tackle keyboard and mouse control issues on the PC, although some fixes related to this will be available in today’s patch as well. Also, the company says it’s looking into one of the most annoying bugs in Dragon Age Inquisition that silences all your party members, thus preventing them from engaging in banter among themselves.

I’m Load The Game’s co-founder and community manager, and whenever I’m not answering questions on social media platforms, I spend my time digging up the latest news and rumors and writing them up. That’s not to say I’m all work and no fun, not at all. If my spare time allows it, I like to engage in some good old fashioned online carnage. If it’s an MMO with swords and lots of PvP, I’m most likely in it. Oh, and if you’re looking to pick a fight in Tekken or Mortal Kombat, I’ll be more than happy to assist! Connect with me by email markjudge (@) loadthegame.com only
@@MarkJudgeLTG
Previous Atelier Shallie: Alchemists of the Dusk Sea Receives a New Trailer
Next Windows 10 insiders will be able to upgrade to the final build once it launches