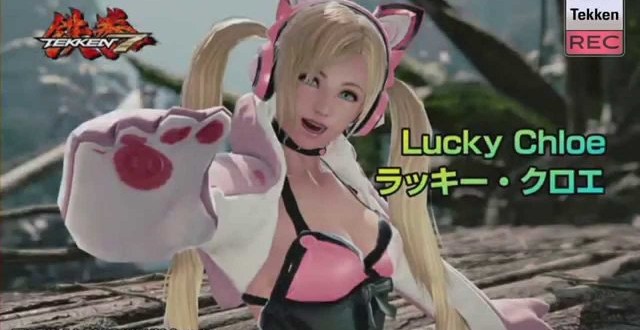 Lucky Chloe, the latest character coming to Tekken 7 was unveiled yesterday at the Tekken 20th anniversary event in Japan by director Katsuhiro Harada. The new cat themed addition to the game managed to spark quite a bit of controversy due to her stereotypical Japanese appearance that many considered to be inappropriate for various reasons. Fans of the series took to NeoGAF shortly after Lucky Chloe was revealed to discuss the new Tekken 7 character and to throw accusations at Katsuhiro Harada. The director was not happy at all with the reaction and responded with a series of tweets which concluded with him announcing that Lucky Chloe will be exclusive to East Asia and Europe as the US market doesn’t seem to like her at all.

“Calm down and don’t worry. That character is East Asia and Europe ‘exclusive’,” he said. “She will be country exclusive (or region exclusive) character. We don’t include her for your region. I’ll release another character for you guys. I said we’ve more new characters.” Harada also criticized NeoGAF users for their “Western” view of things while also suggesting that maybe a new Tekken 7 character that’s “well-muscled” and “skinhead” would be more to their liking. That statement might seem a little harsh but the director says that he will not release characters in a country where people don’t want them. “I’m always serious. If you don’t need = I don’t release them. If you need = I’ll release. That’s all,” Harada added.

Bottom line, the director of Tekken 7 doesn’t like it when people criticize the characters and is more than willing to refrain from releasing said characters in certain markets. That being said, the reaction of the NeoGAF users was a bit ridiculous if you ask me. At the end of the day, they just complained about a Japanese game because it features characters that are “too Japanese.” Tekken 7 will be released in February of 2015.

I’m Load The Game’s co-founder and community manager, and whenever I’m not answering questions on social media platforms, I spend my time digging up the latest news and rumors and writing them up. That’s not to say I’m all work and no fun, not at all. If my spare time allows it, I like to engage in some good old fashioned online carnage. If it’s an MMO with swords and lots of PvP, I’m most likely in it. Oh, and if you’re looking to pick a fight in Tekken or Mortal Kombat, I’ll be more than happy to assist! Connect with me by email markjudge (@) loadthegame.com only
@@MarkJudgeLTG
Previous Windows 10 insiders will be able to upgrade to the final build once it launches
Next Bloodborne customization will be similar to that of Dark Souls 2 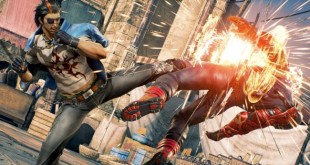 Tekken is due to burn up screens once more

Are Vita Owners Giving Up?

In this day and age, nothing is safe. Because technology is so advanced, it’s nearly ...