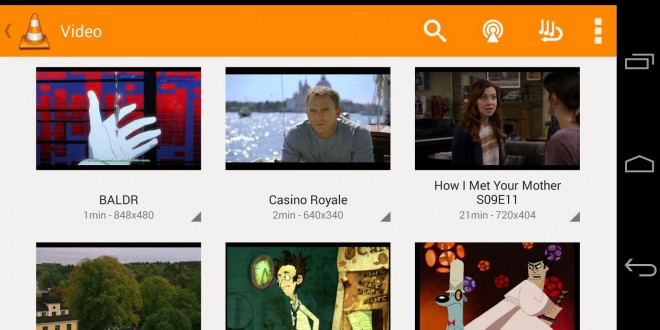 VLC for Android finally out of Beta: media fans rejoice

VLC for Android finally out of Beta: media fans rejoice

Even though most smartphones appear as compatible with VLC for Android, those of you who have older mid-range devices might encounter performance issues with the app since it is one of the most complex players on the Google Play Store. Issues with VLC for Android on older smartphones can arise depending on what type of files you want the app to be handling and what kind of CPU and GPU your phone has. Mind you, it might work with avi and mp4 files on older mid-ranger, but it might crash with other file types. VLC for Android should become a crowd favorite thanks to its support of a huge amount of video and audio formats: perfect for everybody. I’ve been using VLC since I remember, and having a stable VLC for Android version is great news. Mind you, you need a phone that runs Android 2.1 or higher in order to make VLC for Android work.

My life-long dream has been to test out every gadget on the market! Considering the fact that I've rapidly destroyed almost every gadget I've had so far, I'm not inclined to owning something, so my ideal outcome would be to have a different gadget each month. I'm really into smartphones, wearables and tablets and I love Playstation and Xbox, I'm sure I'll beat you at your own game (after a month of training... or two)
Previous The Last of Us DLC Detailed
Next LG G4 proves more important than the LG G3 Pro as the latter gets cancelled