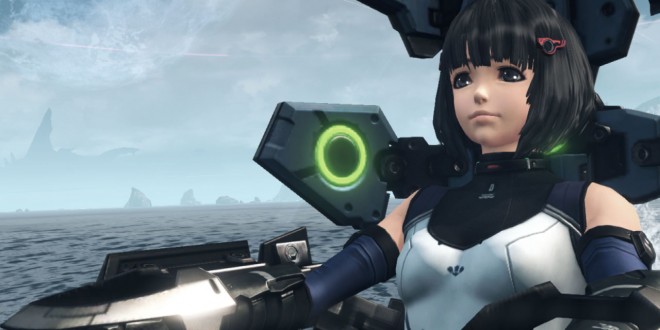 Xenoblade Chronicles X director Tetsuya Takahashi once again took to Twitter to give some information about the upcoming JRPG. This time, he touched on the staff working on some of the character designs in Xeneoblade Chronicles X.

Through Twitter, Takahashi revealed that Yasushi Suzuki designed some of the enemy mechs that players will come across. He states: “Returning to the original subject, today I’ll present Mr. Yasushi Suzuki. His skills are top-notch, be it for character, mecha, or landscape design. I’d meant to work with him one day and this wish has finally come true with this project. For this project, he’s mainly in charge of enemy mechs. The huge mech that appears in the last cut of the previously released [promotional video] was also designed by him!” Yasushi Suzuki had served as character and effects designer on Sin & Punishment, and as art director for Sin & Punishment: Star Successor.

The next tweet that Takahashi sent out introduced Raita Kazama. He states: “Next up is Mr. Raita Kazama. I believe some people already know him, as he’s also drawn beautiful images for the previous Xenoblade. For this project, I’ve mainly asked him to design the alien NPCs and the primitive lifeforms inhabiting the planet. Despite being an illustrator with a delicate touch, he himself is the macho bodybuilder type, lol.”

Xenoblade Chronicles X will release in Japan and North America in 2015. The game will be available for the Wii U system.

I’m Load The Game’s co-founder and community manager, and whenever I’m not answering questions on social media platforms, I spend my time digging up the latest news and rumors and writing them up. That’s not to say I’m all work and no fun, not at all. If my spare time allows it, I like to engage in some good old fashioned online carnage. If it’s an MMO with swords and lots of PvP, I’m most likely in it. Oh, and if you’re looking to pick a fight in Tekken or Mortal Kombat, I’ll be more than happy to assist! Connect with me by email markjudge (@) loadthegame.com only
@@MarkJudgeLTG
Previous Shuhei Yoshida Playable in Super Time Force
Next Bravely Second Receives Japanese Release Date