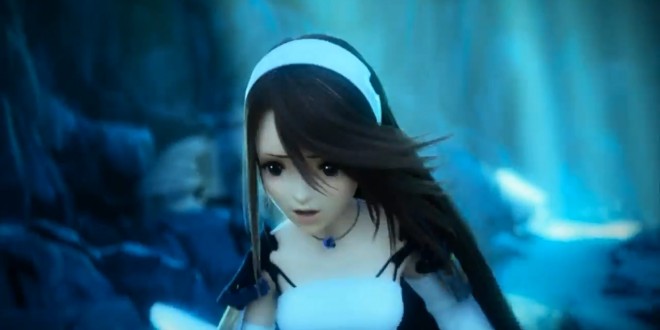 Bravely Second Will Receive a Livestream This Thursday

Bravely Second Will Receive a Livestream This Thursday

Bravely Second just received a release date Japan. Now, Square Enix is offering fans another chance to get a bit of more information about the upcoming JRPG.

This Thursday, December 11th, Square Enix will be holding a livestream entirely focused upon Bravely Second. The stream will beginat 8:00 pm Japan time (3:00 am PST). You will be able to watch it at Square Enix’s YouTube channel here. The livestream announcement for Bravely Second comes just after Square Enix announced the title’s release date. The stream will also come the day after the game’s demo is released in Japan. In the demo, players play as the Three Musketeers, who set out to save Agnes Oblige from the game’s main antagonist, Emperor Oblivion. Bravely Second is set several years after the first game, and will feature a new protagonist by the name of Magnolia Arch. Game producer Tomoya Asano has stated that Bravely Second will explore more of the land of Luxendarc.

While Bravely Second will have a standard edition, fans can also pick up the “Collector’s Pack.” Along with the game, the special edition pack comes with a figure, soundtrack, art book, and more. A number of retailer-specific bonuses have also been revealed, which can be seen here. Talks of a sequel to Bracely Default had begun as early as 2012, though the game was not officially announced until December 2013. The soundtrack will not be worked on by Revo in Bravely Second. Rather, Ryo from the band Supercell will be composing the music for the title.

I’m Load The Game’s co-founder and community manager, and whenever I’m not answering questions on social media platforms, I spend my time digging up the latest news and rumors and writing them up. That’s not to say I’m all work and no fun, not at all. If my spare time allows it, I like to engage in some good old fashioned online carnage. If it’s an MMO with swords and lots of PvP, I’m most likely in it. Oh, and if you’re looking to pick a fight in Tekken or Mortal Kombat, I’ll be more than happy to assist! Connect with me by email markjudge (@) loadthegame.com only
@@MarkJudgeLTG
Previous Alien: Isolation Receives Novice and Nightmare Modes
Next Final Fantasy XI Gets Another Update