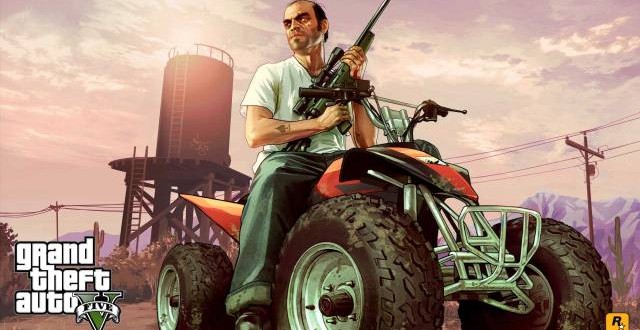 The PC version of GTA 5 is still more than a month away from launch but there are already people who are a bit concerned about the game’s performance on the platform. This may seem a little bit odd considering that members of the “PC master race” have always taken pride in their superior hardware. However, even the best hardware in the world can’t improve a bad console port and we’ve certainly seen more than a few of those these last couple of years. But GTA 5 will not be among them as the game is reportedly already running at a smooth 60 fps on PC according to a fresh report by Gaming Bolt.

The original source of the leaked info is apparently none other than a Rockstar dev who is currently working on the PC version of GTA 5 Online. Details regarding the type of computer used to run the game have not been provided, so this may or may not be a PC with high-end hardware. The article doesn’t mention anything about the graphics quality either unfortunately. Was the game running on low? High? We don’t know. Although most other details are still a mystery, the source does mention that the PC version of GTA 5 is being handed by the same team that also worked on Max Payne 3, which was overall a solid and very well optimized title. Hopefully the team will be able to offer the very same quality with GTA 5 PC as well.

Aside from a decent framerate, PC gamers can also expect to see a variety of other improvements that fully take advantage of the hardware. These improvements include: increased resolution, graphical detail, advanced damage and weather effects, and greater draw distances, to name just a few. In addition, plenty of new content was added for the next-gen version of the game, so there is definitely plenty of good stuff to look forward to here. GTA 5 will arrive to PCs everywhere on January 27th, 2015.

I’m Load The Game’s co-founder and community manager, and whenever I’m not answering questions on social media platforms, I spend my time digging up the latest news and rumors and writing them up. That’s not to say I’m all work and no fun, not at all. If my spare time allows it, I like to engage in some good old fashioned online carnage. If it’s an MMO with swords and lots of PvP, I’m most likely in it. Oh, and if you’re looking to pick a fight in Tekken or Mortal Kombat, I’ll be more than happy to assist! Connect with me by email markjudge (@) loadthegame.com only
@@MarkJudgeLTG
Previous The Last Guardian still in the works, likely a PS4 exclusive
Next Minecraft has been released for Windows Phone