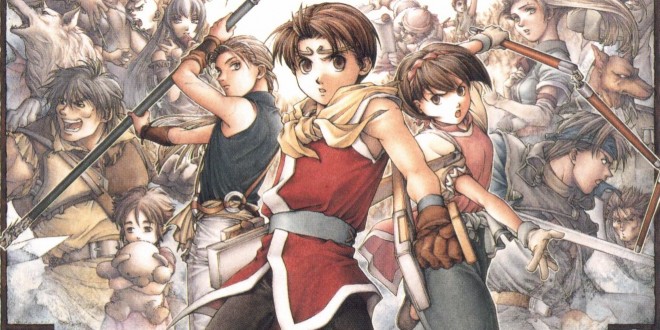 Every Tuesday the PlayStation Store Update is released and a ton of new content is published for your PlayStation 4, 3 and Vita. The data dump includes digital versions of retail games, smaller downloadable titles, demos, pre-orders, sales, apps, DLC and more. Instead of combing through the heap of text and pictures, let us guide you to what deserves your attention and money. Without further rambling, here is the PlayStation Store update for 12.9.14!

Lara Croft and the Temple of Osiris ($19.99) – this is a cooperative game for up to four players. I watched some gameplay of it at the PlayStation Experience and it looked fun enough, even has RPG elements with the gear you can equip. This one is best for local multiplayer as you can easily grief your teammates when helping them cross deadly ledges or leave them for dead as they are swarmed by mummies.

Game of Thrones Season 1 -Episode 1- Iron from Ice ($4.99) – The first of Telltale’s new episodic series is now available to the public. Responses have been generally positive although if you are like me and don’t care to watch Game of Thrones you are likely to be lost due to the game opening around Season 3 of the show.

Suikoden II ($9.99) – this classic is available on PlayStation 3 and Vita although I would recommend you pick it up on the portable system. This JRPG is frequently regarded as one of the best to come out despite the botched localization of the script.

Destiny Expansion I- The Dark Below ($19.99) – I played up until light level 23 or so and then just never played it again. Story is pretty bad, gameplay is repetitive but at least it looks pretty. Bungie has been updating the game since release though so who knows maybe they’ve made it better since I played it but I don’t think I’m ever going back.

Asian Ethnic Outfit Set ($1.99) for Senran Kagura Shinovi Versus. If you don’t know what the Senran Kagura series is all you need to hear is “stereotypical sexualization.”

Well this week we didn’t see anything amazing besides Suikoden II come out so that’s the obvious recommendation from me. I suppose if you like Destiny you can spend some more time on that generic manufactured title and fight “The Darkness” some more. If you live with friends, or at least have friends, you should purchase Tomb Raider and only end up hating them as they leave you to die for the fifth time.