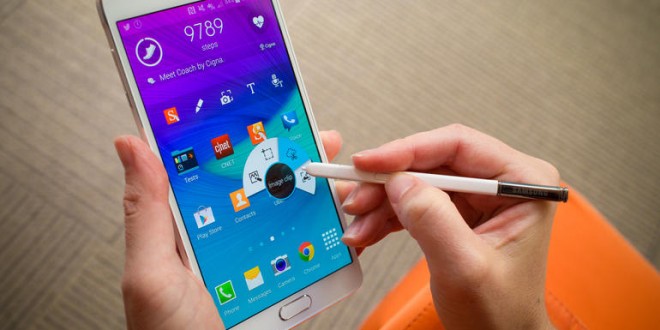 I am not a Samsung fan, but I was overly impressed with the Galaxy Note 4 so I couldn’t help giving it the top spot on the best 5 Android smartphones for Christmas list. This phablet is one of my favorite devices of the year because it shows how Samsung can actually listen to customers: more acceptable TouchWiz, metal frame and wonderful stylus optimization. Its brother, the Galaxy Note Edge, would also be a great option for our best 5 Android smartphones for Christmas list, with its hanging display, but since it’s a limited edition device, I’d rather not include it.

Even though my best 5 Android smartphones for Christmas list is a bit short, we can also mention a few other Android phones that deserve a spot. Since there is such a saturated market for the niche, you can’t go wrong with phones like the Sharp Aquos Crystal, Moto X, Motorola Droid Turbo, iPhone 6 or iPhone 6 Plus, Galaxy S5, Oppo R5, Lumia 1030, Huawei Ascend Mate 7, Meizu MX4, Xiaomi Mi4, HTC One M8, HTC One M7, HTC Desire 820, HTC Desire Eye, HTC One M8 for Windows and I could go on and on. I think the best 5 Android smartphones for Christmas list could go on with about 20 other handsets that have impressed me this year, but I chose the five you can see above because they seem to be the most popular ones and the ones that bring something new and impressive to the market. How would your best 5 Android smartphones for Christmas list look like? Please let us know in the comments below, we’re actually very curious what you guys think!