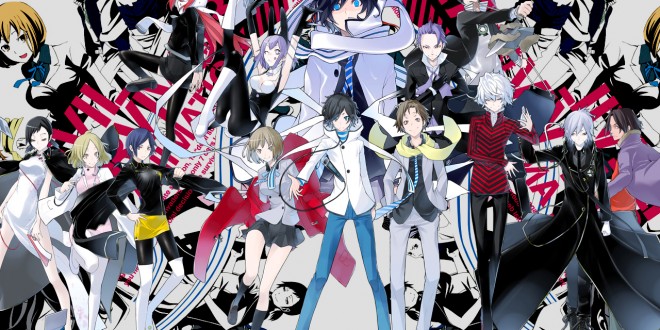 Devil Survivor 2 released for the Nintendo DS in 2012. Now Atlus has announced that they will be releasing a remake for the game, which will come next year.

A part of the Shin Megami Tensei spinoff series, Devil Survivor 2: Record Breaker is a remake of the original that will be released on 3DS system. An enhanced version of the game, Record Breaker will add full English voices, completely relocalized dialogue, and a new episode that continues after the end of Devil Survivor 2. This nearly doubles the length of the game, and can be accessed from the main menu, so that those who have played the game before can skip over to the new content. The game will feature additional abilities and demons. No knowledge of the first Devil Survivor is required to play the game, so newcomers can easily jump in to the title. A trailer for the game can be seen below.

As the game is part of the Shin Megami Tensei series, Devil Survivor 2 features turn-based combat, and the ability to fuse demons to form more powerful fighters. The game features a robust choice system, where every action has a consequence. A wrong choice can permanently kill a character, and there will be multiple endings depending on your choices. The game’s plot is about a group of friends who are able to summon demons through their phones, and are trying to prevent the apocalypse when a demon invasion begins. These demon tamers begin to fight against the invasion, with their choices either saving humanity, or dooming it. The new content will introduce a new character: Miyako Hotsuin. The origins of Miyako are shrouded in mystery.

Devil Survivor 2 is available on the DS. Record Breaker will release on the 3DS next year for both Japan and North America, and will set gamers back $49.99.

I’m Load The Game’s co-founder and community manager, and whenever I’m not answering questions on social media platforms, I spend my time digging up the latest news and rumors and writing them up. That’s not to say I’m all work and no fun, not at all. If my spare time allows it, I like to engage in some good old fashioned online carnage. If it’s an MMO with swords and lots of PvP, I’m most likely in it. Oh, and if you’re looking to pick a fight in Tekken or Mortal Kombat, I’ll be more than happy to assist! Connect with me by email markjudge (@) loadthegame.com only
@@MarkJudgeLTG
Previous Best 5 Android smartphones for Christmas
Next Top Five RPG Games of 2014