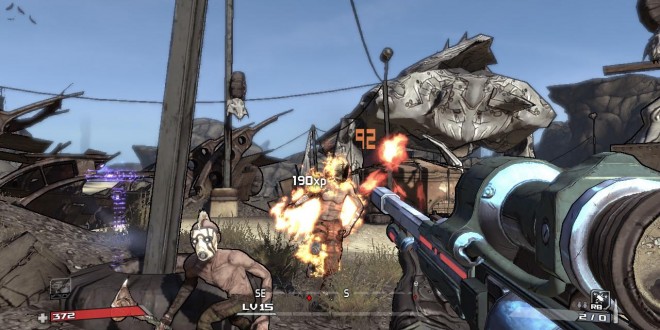 Borderlands Remastered has been listed by the Australian Classification site. The posting states: “Borderlands Remastered Edition” for multiple platforms. The game details are the same as previous Borderlands games, being MA 15+ (equivalent to M from the ESRB) with violence being described as having “strong impact.” Curiously the author, or developer, is listed as Gearbox Software and 2K Australia. Gearbox was the creator of Borderlands 1 and 2, and 2K Australia worked on Borderlands The Pre-Sequel which was released in October of this year. The Borderlands series has only ever been on PlayStation 3, Xbox 360 and PC, and if this listing is true then would mean the series is transitioning to PlayStation 4 and Xbox One.

If true, it would be another addition to the long list of titles getting reissued on this generation of consoles, with The Last of Us Remastered, Grand Theft Auto, Sleeping Dogs and Tomb Raider all receiving ports to the PlayStation 4 and Xbox One. The publisher on the listing is 2K and the applicant being Gearbox and 2K Australia’s parent company Take 2 Interactive. Take 2 Interactive is also the parent company of Rockstar and 2K. Rockstar is known for their Grand Theft Auto series as well as Bully and Red Dead Redemption. 2K Games meanwhile is known for Bioshock, Borderlands, XCOM Enemy Unknown and the upcoming Evolve.

Borderlands is one of the highest grossing video game series, with Borderlands 2 specifically being the best selling 2K Game until Grand Theft Auto V came along. The game sold over 8.5 million copies as of February 2014. Borderlands The Pre-Sequel was listed as number 3 on bestselling PlayStation 3 games for October 2014, falling behind Minecraft and Slender The Arrival. Because of the general critical success and large commercial success it would be logical to think that Take Two would be bringing Borderlands to this generation of consoles for even more sales. Hopefully the title would include all Borderlands games with less pop-in graphics and all the DLC released for each game. At the very least I hope they bring Borderlands 2 over since that was my favorite of the series.