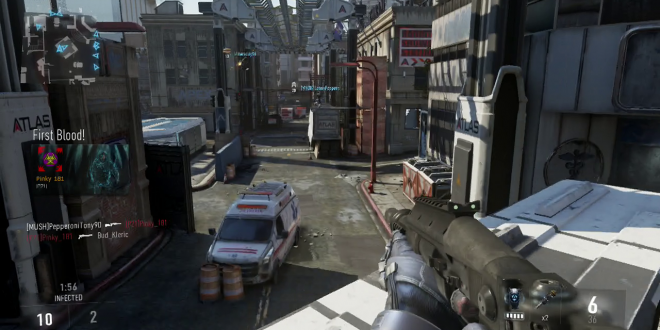 Call of Duty Advanced Warfare is Best Selling Game in 2014

Additionally, Destiny is the second best selling game in 2014. Destiny comes from Bungie who were acquired by Activision following their split from Microsoft after Halo Reach. Destiny launched in September and has recently received another expansion, titled The Dark Below. Destiny does take the number one spot with being the best selling new video game franchise, with Bungie signed on for three more games and even more expansions for the next eight years.

Skylanders continues to be the number one franchise this year for kids through November. This is helped by the fact that Skylanders includes toys and accessories as part of the game and all sales forward the success of the base Skylanders brand. Nintendo successfully attempted to ride off the success of Skylanders by introducing Amiibos with Super Smash Bros for Wii U. Amiibos have functionality with various Wii U games and will be added to the New Nintendo 3DS which is already available in Japan.

These numbers come via Activision’s press release and are based off of NPD data which records physical sales. While the year isn’t over yet, December introduces no titles that will topple Call of Duty’s reign. Call of Duty Ghosts did not perform as successfully as Black Ops II and it looked as if Advanced Warfare might not do as well either. While specific numbers remain elusive, Bobby Kotick, CEO of Activision Blizzard stated that Advanced Warfare was the “biggest entertainment launch of 2014.”