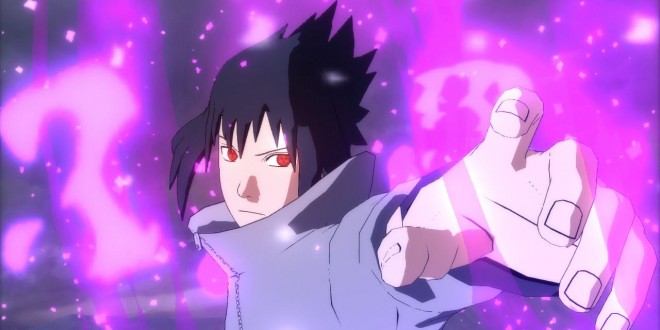 Naruto, the hit manga and anime, just ended in Weekly Shonen Jump. Now gamers will be able to live out the series’ ending through the upcoming Naruto game on the PlayStation 4.

In the latest issue of Jump, Bandai Namco announced that Naruto Shippuden: Ultimate Ninja Storm 4 will be coming to the PlayStation 4. There are very few details on the upcoming game, but it seems that the manga’s climax will be a part of the title. More information on the game will come at this year’s Jump Festa, where fans will be able to play the game for the first time.

Since 1999, Naruto has been a part of Weekly Shonen Jump. Written and illustrated by Masashi Kishimoto, the series recently ended in November of this year. Since the series started, it has spawned an anime, movies, music, and video game series. The story follows a young ninja named Naruto Uzamaki, whose dream is to become the leader of his village, the Hokage. A second part, Naruto Shippuden, takes place a couple of years after the first, and sees a larger threat than ever before looming. The tone of Shippuden is much darker, and sees more tragic events than in the first part.

First released in 2003, the Ultimate Ninja games are a series of fighting titles based off of the Naruto anime and manga series. The series first debuted on the PlayStation 2, and has branched out to the PlayStation 3, PSP, Xbox 360, PC, and now PlayStation 4. The games feature a robust cast of characters from the Naruto universe, and sees these fighters using techniques and abilities from the franchise. The latest game in the franchise was Naruto Shippuden: Ultimate Ninja Storm Revolution, which featured over 100 fighters, including new characters that Kishimoto himself created for the game.

Naruto Shippuden: Ultimate Ninja Storm 4 will release some time in 2015 for the PlayStation 4. The game will be at this year’s Jump Festa, which takes place December 20th to 21st.

I’m Load The Game’s co-founder and community manager, and whenever I’m not answering questions on social media platforms, I spend my time digging up the latest news and rumors and writing them up. That’s not to say I’m all work and no fun, not at all. If my spare time allows it, I like to engage in some good old fashioned online carnage. If it’s an MMO with swords and lots of PvP, I’m most likely in it. Oh, and if you’re looking to pick a fight in Tekken or Mortal Kombat, I’ll be more than happy to assist! Connect with me by email markjudge (@) loadthegame.com only
@@MarkJudgeLTG
Previous A Look Ahead-Nintendo 2015
Next Final Fantasy Type-0 HD Receives Collector’s Edition