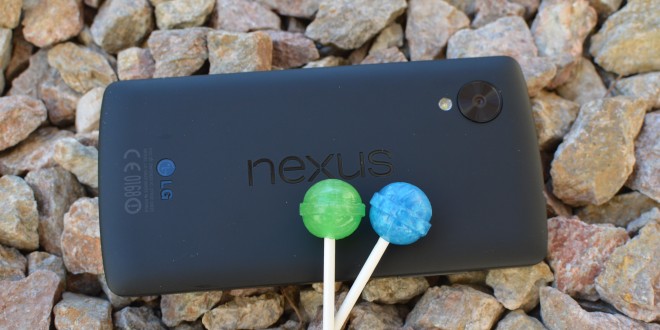 In case you own a Nexus 5 and you’ve botched a flashing and bricked your device, the Nexus 5 Android 5.0.1 factory images are a way to go, in case you want the latest factory settings and the brand new Lollipop treatment with fixes on your handset. You can also find these images useful in case you are readying for an OTA and have previously rooted your device. Beware though, because using Nexus 5 Android 5.0.1 factory images will wipe your device, so you should always back up all your information. At the same time, you should have at least some sort of experience with flashing, rooting and tinkering with your device so that you don’t mess up, but since you are resorting to Nexus 5 Android 5.0.1 factory images, you probably know your stuff already. Note that you should always start an operation like this with a full battery or at least %50 battery so that the setup can be completed safely, without messing up your phone yet again.

The Nexus 5 Android 5.0.1 factory images can be had right now, but if you choose an older version or want to try out some new things on an older Android version, you can always choose older factory images which are still available over at Google Developers. The Nexus 5 Android 5.0.1 factory images and consequently, the OTA, bring users battery drain fixes and memory leaks. Since installing Android 5.0.1 Lollipop on a Nexus 5, some people reported issues with the Google Now launcher, as well as problems closing background apps. If you have any kind of issues with the new build for the Nexus 5, you should definitely report them to Google so that they can work on fixing them as fast as possible.

My life-long dream has been to test out every gadget on the market! Considering the fact that I've rapidly destroyed almost every gadget I've had so far, I'm not inclined to owning something, so my ideal outcome would be to have a different gadget each month. I'm really into smartphones, wearables and tablets and I love Playstation and Xbox, I'm sure I'll beat you at your own game (after a month of training... or two)
Previous HTC One M9 ‘Hima’ to be unveiled in March
Next Dota 2 Shifting Snows update brings gameplay patch 6.83, new items

Google has reported its revenues for Q1 earlier this week, and from their reports, it ...