Breaking News
Home » NEWS » Onigiri Coming to PS4, Xbox One in US and Europe 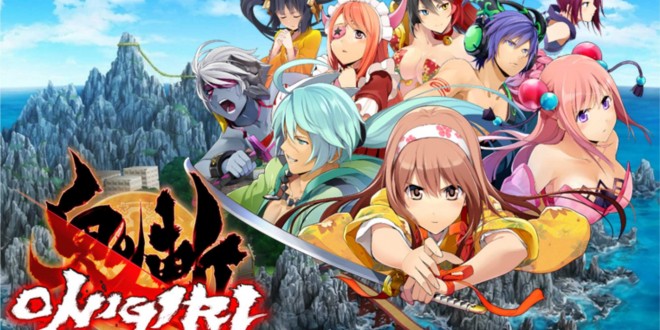 Onigiri Coming to PS4, Xbox One in US and Europe

Onigiri Coming to PS4, Xbox One in US and Europe

Onigiri, the Japanese massively multiplayer online role-playing game, was the Xbox One’s single MMORPG. The game has become popular in Japan, but has not yet left the country for consoles. Now it seems that gamers in Europe and North America will soon be able to experience the title as it was announced that Onigiri will be coming overseas.

Cyberstep, the developer behind Onigiri, has announced that the game will be coming overseas for consoles next year. The title was released last January in Japan, and has received a loyal following. The game will be released on the PlayStation 4 and Xbox One. The game is free-to-play, and will release sometime in 2015. The game was originally planned to release for consoles in America and Europe this past summer, but was delayed. For those that cannot wait, the game is available on PC, and the Japanese versions can be found on the PSN and Xbox Live. The release of Onigiri coincides with a comment that Xbox head Phil Spencer released, stating that we will be seeing JRPGs on the Xbox One.

Drawing inspiration from Japanese mythology, Onigiri tasks players with slaying hordes of demonic Youkai in fast-paced action. Players are free from the restrictions of a class system, and use unique abilities and weapons to take out the demonic hordes. Gamers can easily switch between non-ballistic weapons and make use of a non-targeting combat system. Players can line up their enemies and carve right through them if they want. Just take up the weapon you want, and battle your way through. Gamers will take on Youkai that range from cute little Darumas crazy six-armed samurai. Players will be able to take on their demonic enemies either alone, or in a group.

Onigiri will be releasing on the PS4 and Xbox One sometime in 2015. The title has already been released in Japan.

I’m Load The Game’s co-founder and community manager, and whenever I’m not answering questions on social media platforms, I spend my time digging up the latest news and rumors and writing them up. That’s not to say I’m all work and no fun, not at all. If my spare time allows it, I like to engage in some good old fashioned online carnage. If it’s an MMO with swords and lots of PvP, I’m most likely in it. Oh, and if you’re looking to pick a fight in Tekken or Mortal Kombat, I’ll be more than happy to assist! Connect with me by email markjudge (@) loadthegame.com only
@@MarkJudgeLTG
Previous No More Smash Bros Balance Patches
Next PlayStation Store Update 12.16.14