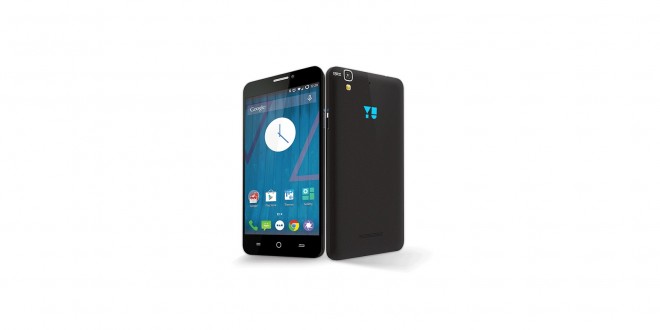 The Micromax Yureka, a cheap 64 bit smartphone was launched today for $142.

Micromax launched a new smartphone today, a cheap 64 bit mid-range device, the first that takes advantage of the new partnership with Cyanogen and consequently of the CyanogenMod ROM. After the scandal between OnePlus, Xiaomi and Cyanogen, rumors said that Micromax filed a complaint against OnePlus because it was afraid of the competition. Micromax announced that it would launch a new smartphone line powered by Cyanogen and today is the day the first such phone was officially announced. The cheap 64 bit smartphone is called the Micromax Yureka.

Micromax picked a great time to launch a cheap 64 bit smartphone, as both OnePlus and Xiaomi are currently banned from selling their devices in India and the 64 bit craze has started ever since Android 5.0 Lollipop was made official. Finding a cheap 64 bit mid-range smartphone that is also worth its price is difficult, especially in developing countries like India and Micromax proposes to change that. Even though Micromax is one of the biggest companies in India, users are saying that the handsets they are selling aren’t as high quality or acceptable as advertised.

Even so, the cheap 64 bit mid-ranger called the Micromax Yureka was launched today with a low price tag of $142, which is impressive and in line with Android One, more or less. The cheap 64 bit smartphone touts a 5.5 inch 720p display, with dual-SIM capabilities, which is quite the bundle for such a low price. Since we’re talking about a cheap 64 bit smartphone, it’s only natural that the Micromax Yureka would run on a 64 bit Snapdragon 615 CPU backed by 2 GB RAM. Internal storage is set at 16 GB, with a microSD card slot available if one plans on expanding storage space.

My life-long dream has been to test out every gadget on the market! Considering the fact that I've rapidly destroyed almost every gadget I've had so far, I'm not inclined to owning something, so my ideal outcome would be to have a different gadget each month. I'm really into smartphones, wearables and tablets and I love Playstation and Xbox, I'm sure I'll beat you at your own game (after a month of training... or two)
Previous Lumia 1030 aka McLaren release date, specs rumor round-up
Next Apple Pay coming to the UK and Europe soon