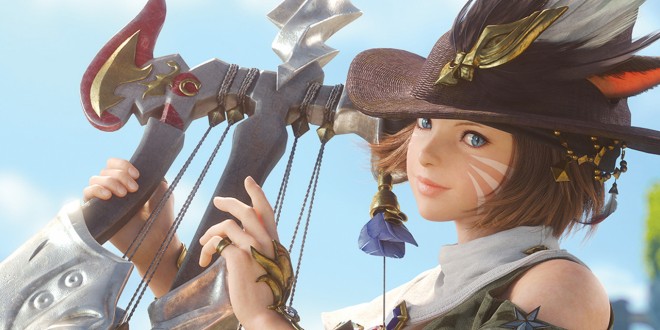 Final Fantasy XIV: A Realm Reborn is Square Enix’s latest Final Fantasy MMORPG. Now, players who have wanted to try out the title will get the chance with a new free trial.

Those with a PlayStation 4 will now have the chance to try out Final Fantasy XIV: A Realm Reborn. Starting today, Square Enix is offering gamers a two-week free trial that will let gamers experience the title. This can be done without having to need a subscription to play. However, there are some restrictions for those that check out the free trial. These players can only level up to level 20, and will have some in-game activities restricted. Regardless, this is a great chance for gamers to experience this great MMORPG.

Released for PC, PlayStation 3, and PlayStation 4, Final Fantasy XIV: A Realm Reborn is a reboot of the original Final Fantasy XIV Online, which was a failure. The game’s plot takes place after the ending of the original Final Fantasy XIV, as the world rebuilds after the primal Bahamut caused mass destruction. Gamers play as a chosen hero who must defend the land of Eorzea from an invasion by the Garlean Empire. Players are able to create a character from five different races: the human-like Hyur, the elf-like Elezen, the small Lalafell, the large muscular Roegadyn, and the cat-like Miqo’te. Players are able to choose from a number of classes, such as Conjurer, Lancer, and Archer. All of these classes are separated into four groups: Disciples of War, Disciples of Magic, Disciples of the Hand, and Disciples of the Land. After reaching a certain level, classes can be upgraded into more focused Jobs, opening new skills and abilities for characters to use.

Final Fantasy XIV: A Realm Reborn is available for PC, PlayStation 3, and PlayStation 4. The game does require a subscription in order to play. While there have been small updates adding content since the game released, a full expansion will be released for the game in Spring of 2015 titled Heavensword. The free trial has started today, and will last two weeks.

I’m Load The Game’s co-founder and community manager, and whenever I’m not answering questions on social media platforms, I spend my time digging up the latest news and rumors and writing them up. That’s not to say I’m all work and no fun, not at all. If my spare time allows it, I like to engage in some good old fashioned online carnage. If it’s an MMO with swords and lots of PvP, I’m most likely in it. Oh, and if you’re looking to pick a fight in Tekken or Mortal Kombat, I’ll be more than happy to assist! Connect with me by email markjudge (@) loadthegame.com only
@@MarkJudgeLTG
Previous World of Warplanes Invaded by UFOs and Giant Snowmen for Christmas
Next Final Fantasy XV English Trailer