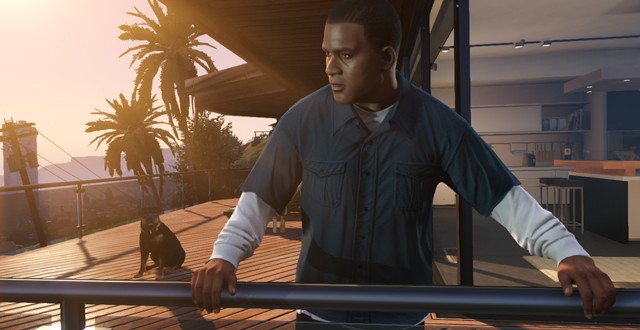 GTA 5 is still getting a story DLC

The story DLC for GTA 5 that was promised about a year ago by Rockstar Games is still coming according to Shawn Fonteno. The voice actor for Franklin, one of the game’s main protagonists confirmed in a recent interview that he is working on the said DLC as we speak and it’s a top priority for him. Rockstar themselves haven’t said much about the new content lately but it seems like it’s still coming based on Fonteno’s statement. The GTA 5 story DLC will continue the exploits of not only Franklin, but those of Trevor and Michael as well. Beyond that however, there are very few other details available at this time.

The voice actor didn’t mention anything about a release date, but the new content will probably only come out after the PC version of the game launches. GTA 5 PC is scheduled to be released on January 27th after being delayed from its original “Fall” launch window. Rockstar said a while ago that this delay was necessary as more work had to be done in order to make sure that this version will be up to par with the others. More recently though, the company announced that they are in the final stages of development and should have the PC system requirements ready next week. GTA 5 PC is expected to be more than just a mere console port as people close to the development process have said that the game will be well optimized and running at 60 frames per second.

As for the story DLC, we might end up seeing it sometime in early 2015 based on the fact that Rockstar seems to be preparing a couple of surprises for the fans around that time. The company already confirmed that the highly anticipated GTA 5 Online Heists will also finally make an appearance early next year.

I’m Load The Game’s co-founder and community manager, and whenever I’m not answering questions on social media platforms, I spend my time digging up the latest news and rumors and writing them up. That’s not to say I’m all work and no fun, not at all. If my spare time allows it, I like to engage in some good old fashioned online carnage. If it’s an MMO with swords and lots of PvP, I’m most likely in it. Oh, and if you’re looking to pick a fight in Tekken or Mortal Kombat, I’ll be more than happy to assist! Connect with me by email markjudge (@) loadthegame.com only
@@MarkJudgeLTG
Previous Starcraft 2: Legacy of the Void will feature two new Protoss units after all
Next Nexus 5 vs Nexus 6: specs, price and features compared