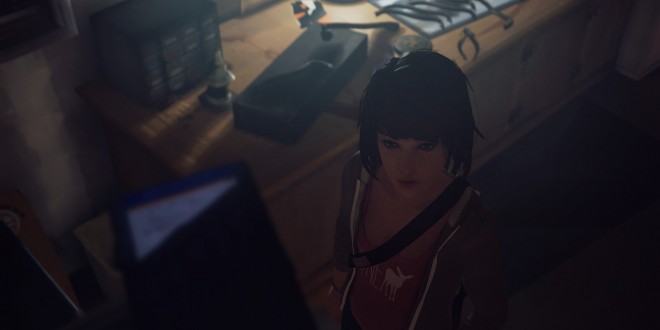 Life is Strange is the upcoming episodic drama title from Dontnod Entertainment. Today, the company has released on when we can expect to dive into the title.

The first episode of Life is Strange will release on January 30, 2015. The first episode will set players back $5. There will be five episodes, and a season pass can be purchased for $20. The PC version of the game is available for pre-purchase at the moment. Along with the release date announcement, a new trailer was also released, which can be seen below. In the trailer, the game looks quite beautiful, as Square Enix claims that every single texture in Life is Strange was hand drawn.

Developed by Dontnod Entertainment, the studio behind Remember Me, Life is Strange follows Maxine Caulfield, a photography student who discovers that she can rewind time. Every choice that Maxine makes will set off the butterfly effect, an idea that one action can have huge consequences down the road. Life is Strange sees Maxine coming home to Arcadia Bay, Oregon after being away for years. She reunites with her estranged best friend Chloe Price, only to discover that Chloe’s father passed away the year that Maxine left. Chloe fell into sorrow, but found support in a girl named Rachel Amber. Now Amber is missing under suspicious circumstances. Maxine and Chloe decide to investigate Rachel’s disappearance, thus making their way to unravel the city’s hidden secrets.

Played from a third-person perspective, Life is Strange is a graphic adventure based around time travel. This time traveling mechanic allows players to go back and redo any action other than what is past a checkpoint. The choices made will affect the story in short-term and long-term consequences. The game’s creative director Jean-Maxime Moris stated that “for each one of your choices that you make there’s no definite answer. Something good in the short-term might turn out worse later.”

Life is Strange will release on January 30th. The game will be available for the PlayStation 3, PlayStation 4, Xbox 360, Xbox One, and PC.

I’m Load The Game’s co-founder and community manager, and whenever I’m not answering questions on social media platforms, I spend my time digging up the latest news and rumors and writing them up. That’s not to say I’m all work and no fun, not at all. If my spare time allows it, I like to engage in some good old fashioned online carnage. If it’s an MMO with swords and lots of PvP, I’m most likely in it. Oh, and if you’re looking to pick a fight in Tekken or Mortal Kombat, I’ll be more than happy to assist! Connect with me by email markjudge (@) loadthegame.com only
@@MarkJudgeLTG
Previous EVE Online Gets Rid of Industry Teams
Next Starcraft 2: Legacy of the Void will feature two new Protoss units after all