Breaking News
Home » Tech » MWC 2015: BlackBerry will be showing off a new line-up 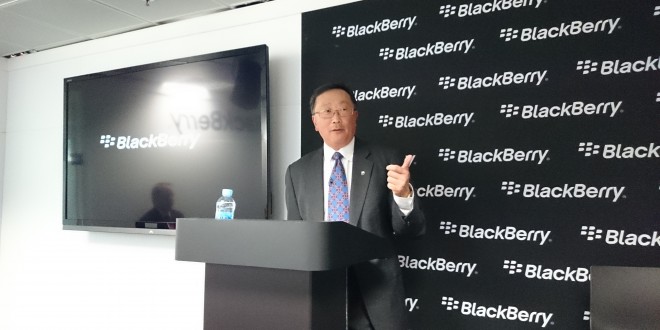 MWC 2015: BlackBerry will be showing off a new line-up

MWC 2015 isn’t right around the corner, but time passes by faster than you would think and March 6th, when MWC 2015 should be kicking off will come soon, and we’re anxious to see what participating companies have prepared for us. BlackBerry is going to be one of the exhibitors at the show and rumor has it that the newly revived company (thanks to John Chen) would be revealing a new smartphone line-up. MWC 2015 should also mark the unveiling of the Galaxy S6, HTC One M9 and LG G4, that is if we don’t get earlier peeks at them.

MWC 2015 aka the Mobile World Congress 2015 should mark the unveiling of the rumored new BlackBerry phones we’ve heard about from John Chen at the BlackBerry Passport release event this Fall. John Chen said that the company would be launching at least 4 new smartphones and even though we thought we would see them by the end of 2014, it seems MWC 2015 will be the location of the show. We have little information about what kind of smartphones BlackBerry will be introducing at MWC 2015, but we sure hope to see something at least as innovative as the BlackBerry Passport.

The BlackBerry Classic was just launched, but the new QWERTY smartphone is closer to roots than one would expect a new device to be, so we are expecting the company to bring something completely new to MWC 2015. Since John Chen confirmed that the company would unveil its roadmap for 2015 at MWC 2015, we are fairlu sure that we’ll be seeing at least two new smartphones shown off at the convention. We might see a device with a self-hiding QWERTY keyboard, which would be an extraordinary feat and would impress many Android and Apple fans, too. Even though the staple keyboards of BlackBerry didn’t become as popular nowadays as they could have, there is a huge segment of consumers that would appreciate having a retractable keyboard on a touchscreen smartphone for messaging and emailing, or even document writing and editing. We’ve seen a lot of BlackBerry concept devices, so we’re curious to see what exactly the company will unveil at MWC 2015. Any ideas/

My life-long dream has been to test out every gadget on the market! Considering the fact that I've rapidly destroyed almost every gadget I've had so far, I'm not inclined to owning something, so my ideal outcome would be to have a different gadget each month. I'm really into smartphones, wearables and tablets and I love Playstation and Xbox, I'm sure I'll beat you at your own game (after a month of training... or two)
Previous Inbox by Gmail updated, enhanced support for Android Wear and tablets
Next Android 5.0 beta for Galaxy Note 3 leaked online

The BlackBerry Beta Zone was treated to a new release this morning, namely a new ...