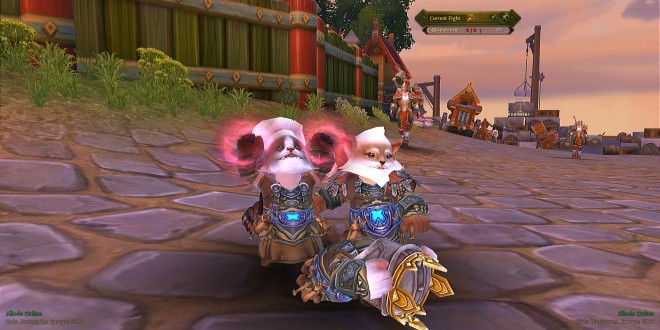 Allods Online is a fantasy MMORPG and a free-to-play title with a premium server for those that want a subscription. To celebrate the holidays, players can try out the game’s premium server.

As part of its Winter celebration, Allods is allowing all players to play on the subscription server for free. The Allods team had this to say: “From the 18th of December until the 1st of January, all Allods players-veterans and newcomers alike-will be granted two weeks of free subscription time for the premium server ‘Smugglers Paradise.’ If you have never played on the server before, now is a good time to check it out-while those who already play there will gain two weeks of extra playtime. We hope you enjoy this New Year gift-and don’t forget, we’ve got many other events and celebrations on the horizon as well, so stay tuned and enjoy the festivities!”

While Allods Online has characteristics of other MMORPGS, such as NPCs, dungeons, and quests, the game has a unique feature: players can build ships and pilot through a vast magical space called the Astral. Here, players can fight each other in ship-to-ship combat, and discover new zones that cannot be reached any other way. Ships can have crew stations which can be operated by multiple players on the same ship together.

Players of Allods Online can also test their skills in PvP combat on maps such as the Holy Land. Open PvP that utilizes a flagging system is available in any area of the game, and gives special bonuses to players who quest and hunt while their Flag of War is raised. There are also areas where gamers can engage in large-scale PvP to earn rewards. The game also features a deep guild system that encourages players to work together to improve their guild and allow them to participate in more content, as well as design regalia for a unique look and special abilities.

Allods Online is available for PC. The two week free trial lasts from now until the 1st of January.

I’m Load The Game’s co-founder and community manager, and whenever I’m not answering questions on social media platforms, I spend my time digging up the latest news and rumors and writing them up. That’s not to say I’m all work and no fun, not at all. If my spare time allows it, I like to engage in some good old fashioned online carnage. If it’s an MMO with swords and lots of PvP, I’m most likely in it. Oh, and if you’re looking to pick a fight in Tekken or Mortal Kombat, I’ll be more than happy to assist! Connect with me by email markjudge (@) loadthegame.com only
@@MarkJudgeLTG
Previous Steins;Gate Coming to PS3 and PS Vita in 2015
Next PlanetSide 2 Update Includes Auto-Turrets